INCLUSIVE IN AN EXCLUSIVE WAY

For you are all children of God through faith in Christ Jesus. And all who have been united with Christ in baptism have put on Christ, like putting on new clothes. There is no longer Jew or Gentile, slave or free, male and female. For you are all one in Christ Jesus. And now that you belong to Christ, you are the true children of Abraham. You are his heirs, and God’s promise to Abraham belongs to you. [Galatians 3:26-29 (NLT)]

Since no man is excluded from calling upon God the gate of salvation is open to all. There is nothing else to hinder us from entering, but our own unbelief. [John Calvin] 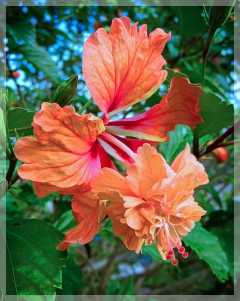 God’s plan for salvation was all inclusive; He made that clear in Genesis when He said that all the nations would be blessed through Abraham’s descendants. In announcing Jesus’ birth, the angels said it was good news for all nations. Throughout Jesus’ ministry, it became clear that He came not just for the Jews but for all people. Jesus invited all who were weary and heavy-laden, not just a select few. He healed the Roman centurion’s servant and the Canaanite woman’s daughter and ministered in Samaria and the Gentile city of Gerasenes. In what is called the “great commission,” Jesus instructed his disciples to spread the good news to all the nations. The Gospel’s message of salvation is offered to both Gentile and Jew, women and men, slave and slave holder, the destitute and rich, the merchant and beggar, the tradesperson and day laborer, the able and infirm, the demon-possessed and rational, and both the upright and those with sullied pasts. No one is turned away when they repent and come to Jesus and accept Him as Lord and Savior. Indeed, the Christian church is all-inclusive in its love for mankind and its invitation to all the people of the world.

We are, indeed, an eclectic group of people of different backgrounds, races, traditions, languages, and politics but, as inclusive as we are in our love and message, the followers of Christ have a shared creed that unites us into an exclusive group. Christians are diverse and inclusive but Christianity is not.

While we may find wisdom and inspiration in Hinduism’s Bhagavad Gita, the Buddha’s words in the Dhammapada, the Chinese philosophy of the Tao Te-Ching, and even in the rabbis’ discourse in the Talmud, we know those texts are not sacred and the words in them are man’s, not God’s. Christianity doesn’t allow for a mingling of faith in other philosophies or gods.

We don’t get to pick and choose from a variety of beliefs as if we were at a smorgasbord. We can’t start with Jesus and add a bit of reincarnation, dollop on some karma, sprinkle on one’s own spiritual authority, ladle on a bit of astrology, add a side of Zen, and then top it off with some channeling. If it’s not in the Bible, it doesn’t get put on our plates! Our God is a jealous God and he won’t share His position or Word with anything or anyone. Jesus made it clear that he was not one of the ways but, rather, the only way to salvation.

It’s been said that all roads lead to Rome, meaning that there are many different ways to accomplish the same goal. While that may be true when it comes to such things as cooking, painting, gardening, and possibly even getting to Rome, it’s not true with salvation. Let’s never make the mistake of thinking that all roads lead to heaven!

Jesus is not one of many ways to approach God, nor is he the best of several ways; he is the only way. [A.W. Tozer]

For this is how God loved the world: He gave his one and only Son, so that everyone who believes in him will not perish but have eternal life. God sent his Son into the world not to judge the world, but to save the world through him. There is no judgment against anyone who believes in him. But anyone who does not believe in him has already been judged for not believing in God’s one and only Son. [John 3:16-18 (NLT)]