The Lord sent thunder and hail, and fire ran down to the earth. …There was hail and fire flashing continually… And the hail struck down every plant of the field and broke every tree of the field. [Exodus 9:23a,24a,25b (ESV)] 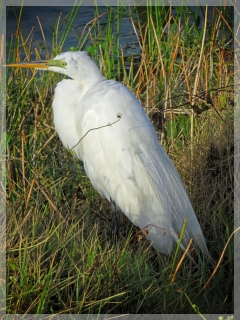 No story is repeated more in the Old Testament than that of the Exodus. Although it is the defining moment in Israel’s history and faith, there are many who choose to disbelieve it ever happened. Yet, if it didn’t, Jews and Christians alike are basing their faith on an elaborately constructed lie. In the early 1800s, a papyrus was found in Egypt that tells the story of the Exodus from an Egyptian’s point of view. Although the papyrus itself dates from around 1550-1069 BC, it is believed to be a copy of an earlier document written between 2040 and 1782 BC. Housed in the Dutch National Museum of Antiquities in Leiden, Netherlands, and first translated in 1909, it’s commonly known as the Admonitions of Ipuwer or the Ipuwer Papyrus.

Appearing to be an eyewitness account, the papyrus describes mayhem, drought, starvation, the escape of slaves (along with Egyptian wealth), and death throughout Egypt. Compare today’s verse from Exodus 7 with these from the Ipuwer Papyrus: “Plague is throughout the land. Blood is everywhere. … The river is blood. Men shrink from tasting… and thirst after water… That is our water!… All is ruin.” [2:5-6,10,13] Compare the words from Exodus 9 to Ipuwer’s: “Forsooth, gates, columns and walls are consumed by fire. Lower Egypt weeps… Forsooth, grain has perished on every side… The entire palace is without its revenues. [2:10,6:3,10:6] Even the mention of “lower Egypt” weeping is notable since Scripture says that only in the land of Goshen (in the upper or northern part of the country) was there no hail.

Ipuwer reports the deadly plague that struck cattle with these words, “All animals, their hearts weep. Cattle moan… [5:5] The plague of darkness is reported with, “The land is without light.” [9:11] In reporting the final plague, Exodus 12:30 says, “And there was a great cry in Egypt, for there was not a house where someone was not dead.” Ipuwer reports that, “He who places his brother in the ground is everywhere.… It is groaning throughout the land, mingled with lamentations.” [2:13,3:14] The Bible tells us the Israelites carried away the Egyptians’ wealth and Ipuwer tells of the “gold and lapis lazuli, silver and malachite, carnelian and bronze” that were “fastened on the neck of female slaves.” [3:2]

The plagues are but a part of the papyrus and a large portion of it concerns what happened in Egypt after the plagues. While Scripture doesn’t address the after effects of Egypt’s loss of livestock, grain, wealth, first-born sons, or Pharaoh’s troops, chariots, and charioteers, Ipuwer does. He writes of the resulting chaos and ruin in the land—bankruptcy, crime, famine, rebellion, and invasion. If, like me, you ever wondered why Egypt never bothered the Israelites as they wandered the Sinai Peninsula for the next 40 years, Ipuwer’s papyrus offers a logical explanation. They were a broken nation!

Ipuwer seems to have been a real historical figure and his name (along with the title “Overseer of Singers”) was found on an ancient stone listing a group of royal scribes for the 19th dynasty. Nevertheless, the papyrus is not without controversy and scholars differ on whether it is an historical account of the events surrounding the Exodus or fiction (something called “national distress” literature.) Let us remember that once a skeptic accepts the historicity of the Exodus—the supernatural plagues and parting of both the Red Sea and the Jordan—then he is faced with the existence of a supreme being who rules over the world and directs its affairs. For those who do believe, while we don’t need extra Biblical evidence, it makes for interesting reading and even more interesting discussions with non-believers. Let us also remember that even if there were no extra-biblical evidence, lack of evidence does not mean something didn’t happen. The only way to disprove something is with evidence that it didn’t occur and that we most definitely do not have!

The waters returned and covered the chariots and the horsemen; of all the host of Pharaoh that had followed them into the sea, not one of them remained. But the people of Israel walked on dry ground through the sea, the waters being a wall to them on their right hand and on their left. [Exodus 14:28-29 (ESV)]