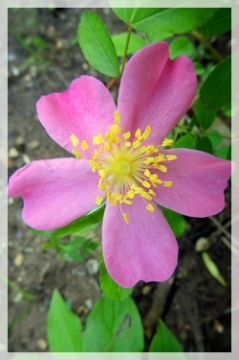 Years ago, we were acquainted with “Henry, dear” and “Mary, darling.” We called them that because we never heard them refer to one another any other way. They always were so sweet and charming in public that halos seemed to hover over their heads. My husband and I often wondered what they called one another behind closed doors and, as we got to know them better, we realized our wariness was well-founded. As noble as they appeared in public, there always seemed to be an ulterior motive behind their kindness and, while “Henry, dear” was patting your back, his other hand probably was reaching into your back pocket. While we never knew what they called one another in private, we knew that what the public saw was not what they actually got.

I thought of them the other day when watching A Beautiful Day in the Neighborhood, a movie about Fred Rogers. Having read books both by and about him, there truly was nothing artificial or superficial about the man; what you saw actually was what you got. Rogers once said, “The greatest gift you ever give is your honest self,” and that’s exactly what he did!

Recently, my day began with bad news and sped downhill from there. In my frustration, my words and actions were not those of a “church lady.” I may write Christian devotions but what you see is not always what you get and the Fruit of the Spirit was nowhere to be found on my tree! Whether in public or private, Mr. Rogers’ faith was evident in all that he did or said. Mine, however, frequently gets obscured by my reaction to circumstances beyond my control. Like the Apostle Paul, “I want to do what is right, but I don’t do it. Instead, I do what I hate.” [Romans 7:15]

Both Fred Rogers (and the movie) were clear that, just like the rest of us, he was no saint. The difference is that, while many of us seem to think we can become good people effortlessly, Fred Rogers actually worked at being the very best person that he could be. One of the ways he did that was through self-discipline. He faithfully read the Bible, reflected and prayed every day, and his prayers continued all day long. He was disciplined in the way he cared for his body with healthy habits. He was disciplined about meeting his commitments, remembering his friends, and expressing gratitude. It’s not that he didn’t have emotions; it’s that he was disciplined enough to choose safe outlets for the negative ones. It’s not that he didn’t know any four-letter words; he just was disciplined enough to use words like “mercy, me!” instead of them! Rogers understood that while circumstances may be beyond our control, our reaction to them is not. He was disciplined in his faith, obedient to God, and saw everyone as his neighbor and a valued child of God. He didn’t give lip service to the power of the Holy Spirit; He lived, breathed, trusted and depended on the Spirit.

The difference between the “Henry, dears” and “Mary, darlings” of the world and Fred Rogers is that while they wear masks so they’ll look like good Christians, Mr. Rogers developed the strength of character to be a good Christian! Through self-discipline and the power of the Holy Spirit, he actually became good (or at least a whole lot better than many of us). The church would call that process sanctification. We can’t do it by ourselves and God doesn’t do it for us; rather, it is combining our efforts with God’s power to grow more and more like Christ. Spiritual progress doesn’t happen overnight and sanctification is not a passive process; it requires effort, discipline and obedience. Only then will people be able to say of us, “What you see is what you get!”

And so, dear brothers and sisters, I plead with you to give your bodies to God because of all he has done for you. Let them be a living and holy sacrifice—the kind he will find acceptable. This is truly the way to worship him. Don’t copy the behavior and customs of this world, but let God transform you into a new person by changing the way you think. Then you will learn to know God’s will for you, which is good and pleasing and perfect. [Romans 12:1-2 (NLT)]