Forget about the wrong things people do to you, and do not try to get even. Love your neighbor as you love yourself. [Leviticus 19:18 (NCV)]

Humility has such power. Apologies can disarm arguments. Contrition can defuse rage. Olive branches do more good than battle axes ever will. [Max Lucado] 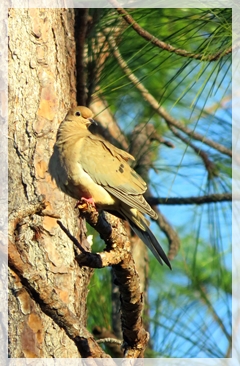 In a “Baby Blues” comic strip, Zoe, the big sister approaches her brother and tells him, “About that fight we had a while ago…I would like to extend an olive branch.” With a panicked look on his face, the little brother screams, “MOM!!! Zoe’s threatening me with a stick!” Having had an older brother who delighted in tormenting me, I completely sympathized with the little boy. There were times when my brother just had to come near me and I would frantically call out, “Mom, Steve’s hitting me again!” I wanted to avoid another painful punch but, who knows, maybe one of those times he, like Zoe, was just offering an olive branch.

Long before the ancient Greeks and Romans used the olive branch as a symbol for victory and peace, the story of Noah recorded that a dove brought an olive branch back to the ark which meant the end of the flood and the earth’s rebirth. Symbolizing peace and reconciliation, the olive branch requires two things: someone to extend it and someone else to accept it. An apology and its acceptance are two sides of the same coin, as are the asking of forgiveness and the granting of it. Both are necessary for peace in our lives.

I have been like Zoe, the one extending the olive branch; I admitted my offense, apologized, and asked forgiveness but was rebuffed. Unfortunately, there are people who will never accept an apology, no matter how humbly or amiably it is offered. All we can do is keep the olive branch extended, pray that God will open their hearts, and continue to love.

Like Zoe’s little brother, however, it’s not always easy to accept that olive branch. Wanting to protect ourselves from further hurt or disappointment, we may prefer suspicion, aloofness, hostility, or anger. Forgiveness doesn’t mean we have to trust people who are untrustworthy or believe those who are dishonest. An act of love, mercy and grace, forgiveness is releasing the offense and offender to God; it is giving up our right to hurt those who’ve hurt us. Being the wronged party never gives us permission to continue the wrong with unforgiveness.

Along with an olive branch, the handshake is a gesture of peace. In ancient Greece, hands were grasped to demonstrate that neither person held a weapon. In Rome, the grasp became more of an arm grab as a way of seeing whether any weapons were hidden in someone’s sleeves. The shaking part is said to come from medieval England when knights would shake hands in an attempt to shake loose any concealed weapons.

Hopefully, we don’t need to worry about lethal weapons hiding in sleeves when we shake hands this holiday season. Nevertheless, we need to put aside the invisible weapons we carry: things like anger, gossip, blame, intolerance, pettiness, jealousy, resentment, and disrespect. Let’s extend any olive branches that need to be extended and accept any that are offered. If there can’t be peace throughout the world this holiday season (and from the news that looks unlikely), let there at least be peace and reconciliation in our homes and families.

To be forgiven is such sweetness that honey is tasteless in comparison with it. But yet there is one thing sweeter still, and that is to forgive. As it is more blessed to give than to receive, so to forgive rises a stage higher in experience than to be forgiven. [Charles Spurgeon]