KNOW WHEN TO RUN

Scoundrels create trouble; their words are a destructive blaze. … Better to be patient than powerful; better to have self-control than to conquer a city. [Proverbs 16:27,32 (NLT)] 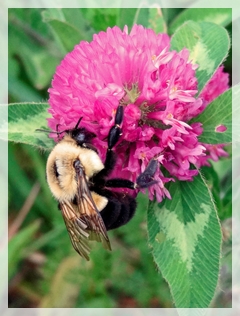 Battlefields aren’t found just in war-torn nations. They can be found in some of the nicest homes, work places, neighborhoods (and even churches). Unfortunately, some people delight in controversy and discord. They may be passive-aggressive or simply aggressive. Frequently, they deliberately say something provocative just to get a reaction and start conflict. Rather than discuss, they argue and debate. Their goal has nothing to do with conflict resolution or agreement; it is to be victorious in their battle, no matter what the cost.

These word soldiers seek out their targets and battlegrounds and it’s easy to be drawn into their drama. Naturally, we want to defend others, ourselves, or our beliefs when attacked, especially when done unjustly, irrationally or unreasonably. Nevertheless, we don’t have to engage in a tug-of-war—nothing says we have to pick up the rope and start pulling just because the other guy has the rope in his hand. It’s not a question of winning or losing; it’s a question of staying out of the battle in the first place. We don’t have to attend every argument to which we’re invited! Moreover, if we do pick up the rope, there’s nothing shameful about dropping it and simply walking away. We’re not defeated when we choose a higher road; we’re just wiser! I’ve found that when reason has left the room, it’s time for me to go, as well!

Lord, guide us through the minefields of life. Grant us the wisdom to know when it is best to keep our mouths shut, the insight to know when it is best to walk away, and the courage to do so. May we have obedient and loving hearts so that, instead of responding in anger, we pray for those who attack us. Keep our hearts free from rancor and the need to get even; let there be peace in our lives.

The only way to get the best of an argument is to avoid it. [Dale Carnegie]

Avoiding a fight is a mark of honor; only fools insist on quarreling. [Proverbs 20:3 (NLT)]

Again I say, don’t get involved in foolish, ignorant arguments that only start fights. A servant of the Lord must not quarrel but must be kind to everyone, be able to teach, and be patient with difficult people. Gently instruct those who oppose the truth. Perhaps God will change those people’s hearts, and they will learn the truth. [2 Timothy 2:22-25 (NLT)]