TO FORGIVE IS DIVINE

And Jesus said, “Father, forgive them, for they know not what they do.” And they cast lots to divide his garments. [Luke 23:34 (ESV)] 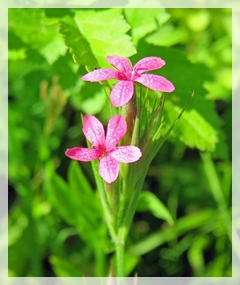 In one of our small group sessions earlier this year, we heard the story of a man who spent more than twenty years imprisoned for a crime he didn’t commit. The evidence proving his innocence had been suppressed by the police and he was a bitter angry man. Sixteen years into his incarceration, he became a Christian but he still struggled with forgiveness. Knowing Jesus expected him to forgive the men whose lies had stolen his life, he couldn’t find the power to do so. How can we forgive someone who has deliberately hurt us, someone who isn’t even contrite or repentant? Vengeance, anger, retribution, and revenge come much easier than forgiveness and yet forgiveness is what God calls us to do.

It was when this prisoner read Jesus’ words on Calvary that he understood where the power to forgive lay—in God the Father. “Father, forgive them!” said our Lord as He hung on that cross. Like him, Jesus was an innocent man and yet He prayed for His executioners. His words were not those of anger or complaint but of pity and compassion. The sinless tortured one was praying for his sin-filled torturers. Mind you, the people for whom He was praying hadn’t asked for forgiveness; they were neither remorseful nor repentant. Many had eaten His bread, seen His miracles and heard him speak, but they’d chosen the criminal Barabbas over him. Mocking Him, the soldiers were gambling for his clothing. While blood was dripping down his forehead and seeping out of the wounds on his hands and feet, the suffering Jesus was praying for pardon not revenge; He didn’t ask for justice but for forgiveness. It was on the cross that radical forgiveness met radical injustice and triumphed. If our sinless Savior can forgive, how much more should we?

Jesus’ words on Calvary told this prisoner that he didn’t have to forgive under his own power but that forgiveness was possible through God’s power. Like Jesus, he prayed for those who had persecuted him and he was finally able to forgive. Truth eventually prevailed several years later when his conviction was overturned but he’d been made a free man many years earlier when he forgave those who wronged him so horribly. It was Alexander Pope who wrote, “To err is human, to forgive, divine.’” Indeed, it is.

The Holy Spirit, thank God, often enables people to forgive even though they are not sure how they did it. [Lewis B. Smedes]