And the judgment is based on this fact: God’s light came into the world, but people loved the darkness more than the light, for their actions were evil. All who do evil hate the light and refuse to go near it for fear their sins will be exposed. [John 3:19-20 (NLT)] 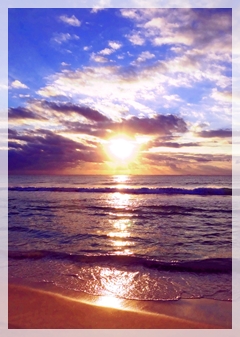 Although demons had no trouble recognizing Jesus, the people who were most knowledgeable about Scripture and best knew the Messianic prophecies often seemed blind to what was before them. In fact, even after hearing Jesus speak and watching Him heal, the Pharisees and scribes accused Him of being a demon. Why did they refuse to see what was right in front of them?

Of the people who recognized Jesus as the promised Messiah, only a few were what would have been called religious. The devout Simeon and Anna knew the Messiah when Jesus came to the temple as a baby yet, twelve years later, no one in the temple recognized Him as anything more than a perceptive intelligent boy. Most of the others who recognized Jesus were secular people who knew they were flawed and in need of Him: the woman at the well, the Gentile woman with a demon-possessed daughter, the prostitute who washed His feet, the blind Bartimaeus, the corrupt publicans Zacchaeus and Matthew, Mary Magdalene, the lepers, the adulterous woman, and the paralyzed man and his friends. On that dark Friday, rather than a religious scholar, it was one of the Roman soldiers who’d nailed Jesus to the cross and a thief hanging beside Him who testified to His true identity.

Just as sunlight reveals fingerprints on the window and dust on the table, the Light of the World revealed the sins of the world. Without light, a zircon can pretend to be a diamond, stainless can pass for sterling, and a designer knock-off can be mistaken for the real thing. In the darkness, hypocrisy, deceit and legalism can pass for righteousness, morality and piety. Until it recognizes what it actually is, corruption can call itself integrity, wickedness can say it’s virtue, and arrogance can profess humility. Those unwilling to see their own sinfulness and need for salvation rejected Jesus—the one without sin. Not wanting to see what the Light revealed, they chose to remain in the dark. Those who admitted their sins knew they were in the dark and welcomed the Light. Recognizing their need for Jesus, they accepted Him and received healing, mercy, forgiveness, and everlasting life.

Jesus spoke to the people once more and said, “I am the light of the world. If you follow me, you won’t have to walk in darkness, because you will have the light that leads to life.” [John 8:12 (NLT)]

He came into the very world he created, but the world didn’t recognize him. He came to his own people, and even they rejected him. But to all who believed him and accepted him, he gave the right to become children of God. [John 1:10-12 (NLT)]