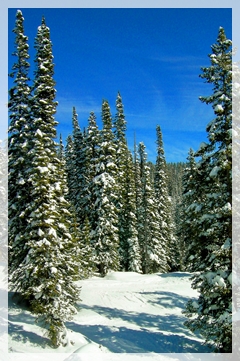 While yesterday’s story of the testy foul-mouthed grandpa was funny, it was also sad. That grouchy man with the bad vocabulary claims to be a God-fearing Christian and yet he thought nothing of losing his patience and taking God’s name in vain when annoyed by a little boy! His story points out the complaint so many have about the Christian church—we’re just a bunch of hypocrites!

I know a young pastor, raised in a church family, who was so disillusioned by the hypocrisy he saw that he gave up on God. Fortunately, God didn’t give up on him and He eventually came to Christ. I have several Roman Catholic friends who have left Christianity because of the hypocrisy they saw regarding priestly abuse in the church. The news has been filled with various preachers, celebrities, and politicians, claiming to be Christians with high moral values, who have been knocked off their pedestals with assorted scandals. Unfortunately, their public unmasking throws mud on the entire church.

In actuality, we all are guilty of hypocrisy. It’s just that, for most of us, our hypocrisy is rarely publicized. Nevertheless, just because our falseness isn’t exposed on the media doesn’t mean we’re any less guilty of it. Sometimes, all it takes is a little child’s repetition of our words to convict us!

Knowing that our behavior is our witness, we tend to focus on outward appearances and wear a false face of righteousness. Eventually, however, that perfect persona cracks, our hypocrisy is evident, and our witness becomes worthless. The best witnesses to the power of Christ are the Christians who are the most open and honest about their own weaknesses. When someone says we should forgive and doesn’t, that’s hypocrisy. When someone says we should forgive but confesses to difficulty doing so, that’s honesty. None of us are perfect and we all struggle with sin; why is that so hard for us to admit?

I write about praying and reading the Bible but do neither of them enough. I write about trusting God but I worry. I write about having a strong faith but have moments of doubt and even though I write about letting God lead me, I resist handing Him the reins! I would be a hypocrite if I denied being the terribly flawed person I am. My hypocrisy is in the pointing of my finger at the grumpy grandpa when I, too, have been known to let loose with a string of profanity! Admitting our flaws is not the same as accepting them and, like the Apostle Paul, we continue to be works in progress. Although better than we were, none of us are a good as we could be!

There’s not one Christian who completely lives up to the standard set by the Bible. Rather than trying to appear perfect on the outside, we must let God repair us from the inside. Through the power of the Holy Spirit, we can progress toward the goal of becoming more like Christ. Just because we haven’t attained that goal doesn’t make us hypocrites, it simply makes us human.

So get rid of all the filth and evil in your lives, and humbly accept the word God has planted in your hearts, for it has the power to save your souls. But don’t just listen to God’s word. You must do what it says. Otherwise, you are only fooling yourselves. [James 1:21-22 (NLT)]