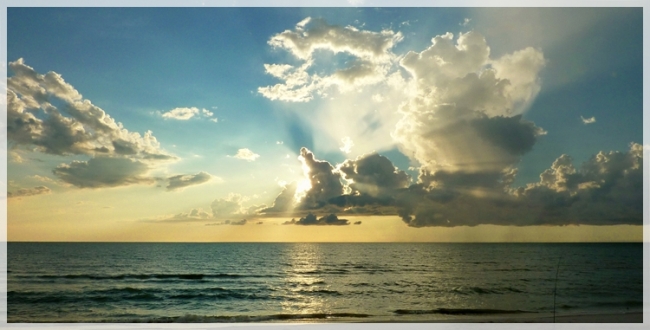 The heavens proclaim the glory of God. The skies display his craftsmanship. Day after day they continue to speak; night after night they make him known. They speak without a sound or word; their voice is never heard. Yet their message has gone throughout the earth, and their words to all the world. [Psalm 19:1-4 (NLT)]

In 1929, the Coca-Cola Company coined their famous catchphrase, “The pause that refreshes.” That also would be a great slogan to advertise the power of prayer. Just imagine what would have happened if God, like Coca-Cola, had used heavenly copywriters instead of prophets and disciples to publicize His word. Maybe Lazarus or Zacchaeus could have been hired for celebrity endorsements. If Moses had been given the slogan, “He’s the real thing!” along with those Ten Commandments, maybe the Israelites wouldn’t have worshiped Baal or erected Asherah poles. While dentists and dietitians probably disagree about things going better with Coke, Christians wouldn’t disagree if God’s ad men promoted our Lord with, “Things go better with Jesus!” If heaven’s version of Madison Avenue got to work, we’d be in good hands with God instead of Allstate, the Holy Spirit (and not gas) would be the tiger in our tanks, and we’d spell relief as “J-E-S-U-S.” The NY Times slogan, “All the news that’s fit to print,” would work perfectly to promote the Bible and, instead of a diamond, it would be salvation that is forever. Other possibilities include, “Like a good neighbor, Jesus is there,” and, “With a name like Jesus, it has to be good!” Rather than Alka Seltzer, “Try it! You’ll like it!” would promote Christianity and Visa’s slogan could be reworked as, “God’s everywhere you want to be.” To publicize heaven, the ad men could borrow Johnson & Johnson’s, “No more tears!” and revise Disney’s slogan to, ”The happiest place not on earth.” The one tag line that would never fly in God’s board room, however, is Burger King’s “Have it your way!” It will always be God’s way!

The thing is, God isn’t interested in pithy sayings and I’m not so sure He wants our complex relationship with him to depend on a couple of witty words or catchy phrases. Tag lines might catch our attention but God wants our hearts and souls. Moreover, unlike Madison Avenue’s copywriters, God won’t deceive or mislead, even to convince us to follow Him. Unlike those ads for drugs that insert the side effects in impossibly small print or speed through them at the end of the commercial, Jesus was explicit when he told his followers that life would not be easy. God has never sugar-coated the truth.

Unlike businesses, God doesn’t need to hire ad men or ask for anyone’s endorsement. One of his best advertisements is far better than the best ad campaign and is obvious to all—His spectacular and fantastic creation. Moreover, His word as revealed in the Bible tells us all we need to know and is far more meaningful than even the best catchphrase. “The Lord is my shepherd, I have all that I need,” and “For God loved the world so much that he gave his one and only Son, so that everyone who believes in him will not perish but have eternal Life,” pretty much say it all! And, let’s never forget that our Heavenly Father really did care enough to send the very best!