WHAT HAPPENED TO THE GREAT COMMISSION?

And then he told them, “Go into all the world and preach the Good News to everyone. Anyone who believes and is baptized will be saved. But anyone who refuses to believe will be condemned. [Mark 16:15-16 (NLT)] 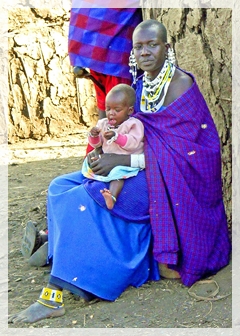 Yesterday’s devotion made me do some hard thinking about my commitment to Christian missions. Unfortunately, there are large segments of the world’s population that have never heard of Jesus. According to the Joshua Project (an organization that gathers, integrates and shares information to facilitate the implementation of the Great Commission), 41.6 % of the world’s population is considered “unreached,” meaning they have little or no history of Christianity and the number of native Christians and available resources are so minimal that outside assistance is necessary if the Gospel is going to be heard.

Most of the people untouched by the Gospel live in what’s called the “10/40 Window:” an area of land stretching across Africa, the Middle East, and Asia that is approximately between 10 and 40 degrees north latitude. Two-thirds of the world’s people live here; 61% of them are “unreached” and 90% are considered “unevangelized,” defined as having minimal knowledge of the gospel with no valid opportunity to respond to it.

When I looked at some of the figures, I began to wonder how committed we are to saving souls. In 2015, out of the $700 billion given to Christian causes (which is about what we Americans spend on Christmas), only $45 billion (6.4%) of that went to missions! That’s less than what we spend on gym memberships and weight-loss programs. Most of that money went to churches and missions in Christian nations. Only a little over $2.5 billion (less than .4%) of those funds went to serve the unevangelized and unreached peoples of the world.

In March of 2018, the Barna Group (a research organization focused on the intersection of faith and culture) released a rather shocking finding. When asked if they’d ever heard of “the Great Commission,” 51% of church-goers were completely unfamiliar with the term. Sadly, the other 49% weren’t much better! 6% weren’t sure if they’d heard the term and 25% said that, while it “rang a bell,” they didn’t know what it was. Only 17% actually knew what it said! Sadly, even knowing what the Great Commission is doesn’t necessarily equate with a commitment to it.

We all don’t have to pack up and go on a mission trip but I don’t think we can continue to do as little as we are doing. Because of government restrictions, open evangelism from the US and Europe is difficult in many 10/40 Window countries. Christian missionaries from South American and Africa, however, often are welcome in those nations. There are other ways to reach these people, as well. We can minister to refugees as a young woman from our church will do this fall. She is going to Germany to serve the 3.2 million unreached Arab, Kurd, Turk, Assyrian and other refugees from the Syrian civil war. Like most other missionaries, she is expected to raise 100% of her expenses. With one million international students coming to the US every year (64% of whom are from the 10/40 Window and will be returning to their homelands), campus ministries are another way to spread God’s word to the unreached. At least 1.5 million people are without a full Bible in their first language, one-third of the world can’t read the language they speak, and another third learn best through non-written methods.

Yes, we support missionaries with our prayers but now is the time to look closely at how we support them with our finances. We must start supporting mission ministries that reach out to the unreached and unevangelized and support Bible translation and oral learning Bible projects.  Moreover, since 85% of those living in the 10/40 Window are among the poorest of the world’s poor, we must also support efforts to provide health care, safe water, food, and clothing to them.

Rather than expressing concern over the exclusive claims to salvation found in Christianity, perhaps we could better use our energy and resources to reach those who are unreached! We have been called to care for the poor, strengthen other believers, and save the lost. I’m not sure Christians in the free world have done a very good job of any of those tasks. When we come face to face with God, the onus for so many people never hearing about Jesus will fall on us: the people who failed to live out the Great Commission.

Don’t fail to do something because you can’t do everything. [Bob Pierce (World Vision founder)]

Jesus came and told his disciples, “I have been given all authority in heaven and on earth. Therefore, go and make disciples of all the nations, baptizing them in the name of the Father and the Son and the Holy Spirit. Teach these new disciples to obey all the commands I have given you. And be sure of this: I am with you always, even to the end of the age.” [Matthew 28:18-20 (NLT)]