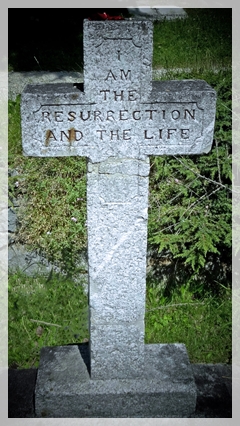 First published in 1678, John Bunyan’s The Pilgrim’s Progress is the second best-selling book of all time (the first being the Bible). In this religious allegory, the reader follows the adventures and trials of Christian (Part I) and his wife Christiana and their children (Part II) as they journey from the City of Destruction toward the Celestial City.

The iconic picture of the pilgrim Christian is that of a man bent over with a heavy pack strapped to his back. From that illustration, many assume that means Christians must carry a heavy burden, which is anything but the truth. Although Bunyan’s allegory opens with the man saddled with that pack on his back, he is free of its enormous weight for most of the story.

At the book’s start, the burdened man is crying while reading the Bible. Realizing that death is followed by judgment, he fears that his heavy load of sin will condemn him to Hell. The troubled man asks, “What must I do to be saved?” When the Evangelist tells him to follow the light to the Narrow Gate, Christian leaves on his pilgrim’s journey. He still carries that pack laden with the weight and shame of his sins; it is a burden that he can’t remove by himself.

Even after Christian enters the Gate, that heavy load remains. Goodwill tells him to be content carrying it until he comes to the Place of Deliverance.  Upon getting there, Christian sees a cross at the top of the hill and a tomb at the bottom. As he approaches the Cross, the straps on his pack loosen from his shoulders. The burden drops to the ground, tumbles down the hill, and disappears into the mouth of the sepulcher. Christian’s burden has been transferred to Jesus who, while on that cross, atoned for all of his sins. When the empty tomb receives his sins, they are gone forever.

It’s no surprise that Charles Spurgeon’s favorite book (after the Bible) was The Pilgrim’s Progress, that this man known as the “Prince of Preachers” read it at least one hundred times, or that Bunyan’s allegory has been used by Christian missionaries for centuries. As with the parables of Jesus, the book’s powerful visual images skillfully illuminate gospel truths. Christian’s burden falling at the cross is what Good Friday was all about. We are rid of the weight of sin and the burden of trying to earn our way into God’s good graces. Released from guilt and condemnation, we are free of sin’s penalty because Jesus paid that price for us. That Christian will eventually reach the Celestial City is what Easter was about!

Then Jesus said, “Come to me, all of you who are weary and carry heavy burdens, and I will give you rest. [Matthew 11:28 (NLT)]