Many people have set out to write accounts about the events that have been fulfilled among us. They used the eyewitness reports circulating among us from the early disciples. Having carefully investigated everything from the beginning, I also have decided to write an accurate account for you, most honorable Theophilus, so you can be certain of the truth of everything you were taught. [Luke 1:1-4 (NLT)] 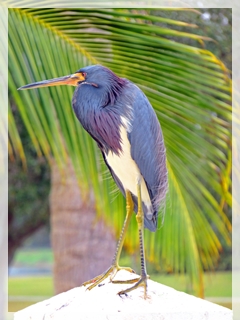 Skeptics often point to contradictions in the Bible when questioning its reliability. For example, Matthew, Mark and Luke tell of Jesus healing a demon-possessed man and casting the demons into swine but there are inconsistencies between their accounts. Mark and Luke say this occurred in the region of the Gerasenes but Matthew calls it the Gadarenes. In this region, however, there were at least three towns with similar names: Gergasa, Gerasa and Gadara. Adding to the confusion, once healed, the demoniac testified throughout what was called the Decapolis or Ten Towns and both Gadara and Gerasa were in this district. The area of the Gerasenes probably included that of the Gadarenes in the way someone living in Hammond, Indiana, also lives in Lake County, on the South Shore, in northeast Indiana, and within the Chicago metropolitan area. The same place can be described many ways.

Harder to reconcile is that Matthew writes about two demoniacs while Mark and Luke just mention one. Yet, where there are two, there is always at least one and Mark and Luke never say there was only one man. That they don’t mention a second doesn’t mean he wasn’t there; he just wasn’t essential to the story the way they told it. A similar inconsistency is found in the accounts of the woman at the tomb Easter morning. John names only Mary Magdalene. The other three gospels all name her but include other women. The “other Mary,” is mentioned in Matthew’s gospel and Mary (the mother of James) and Salome are in Mark’s. Luke says Joanna, Mary (the mother of James), and several other women told the apostles about the empty tomb. None of the writers, however, said that only the women they mentioned were there that day.

Differing accounts aren’t necessarily contradictory. If my husband and I were both to tell you about a wedding we attended, I would tell you it was near Cleveland, he would say Ashtabula, but the invitation would say Geneva-on-the-Lake. I would mention the bride’s gown, the wedding party’s attire, and the flowers but my husband would tell you about the terrific venue, food, and band. When recounting the people there, while our lists would overlap, they wouldn’t be identical. Our accounts would be different but truthful and certainly not incompatible.

While the message in the Bible is God-breathed, it was man-penned and the authors were writing for different audiences at different times. Matthew wrote specifically to the Jews, Mark wrote to the Christians in Rome, Luke wrote for the Gentiles (and specifically to Theophilus, a Gentile convert of high rank), and seekers and new Christians were John’s original audience. Paul was writing for the early church in places like Rome, Corinth, Galatia, Ephesus and Philippi. From different backgrounds, they were writing for different people, and emphasized different things. Let us never make the mistake of thinking that different means irreconcilable or false. As for me, I’m not about to throw out the baby with the bathwater over a few discrepancies in Scripture. I just pray for discernment and continue to seek the truth.

This Book (the Bible) had to be written by one of three people: good men, bad men or God. It couldn’t have been written by good men because they said it was inspired by the revelation of God. Good men don’t lie and deceive. It couldn’t have been written by bad men because bad men would not write something that would condemn themselves. It leaves only one conclusion. It was given by divine inspiration of God. [John Wesley]

All Scripture is inspired by God and is useful to teach us what is true and to make us realize what is wrong in our lives. It corrects us when we are wrong and teaches us to do what is right. [2 Timothy 3:16 (NLT)]

Above all, you must realize that no prophecy in Scripture ever came from the prophet’s own understanding, or from human initiative. No, those prophets were moved by the Holy Spirit, and they spoke from God. [2 Peter 1:20-21 (NLT)]