JUST DO IT (THE GOOD SAMARITAN – Part 2) 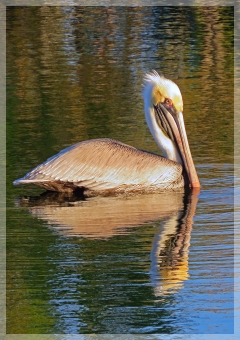 When writing about the Good Samaritan yesterday, I recalled being asked who represents Jesus in the parable. The most obvious answer appears to be the Samaritan. After all, love that unlimited and sacrificial had to have been supernatural. The parallels are somewhat obvious—both men were merciful, compassionate, paid another man’s debt, promised to return, and were despised and rejected by the Jews. In fact, early commentators like Irenaeus, Clement, Augustine, and Origen found all sorts of allegorical meaning in the story with the injured man representing Adam, the bandits Satan, the loss of clothing as man’s loss of innocence, the wine given the man as Christ’s atoning blood, the inn as the Church, the innkeeper as Paul (or the Pope), and the two coins given to the innkeeper as the Law and the Prophets or the two testaments. While some of Jesus’ parables (like the Sower and the Soils, the Wheat and the Weeds, and the Evil Tenants) clearly are allegories, other are not.

Sometimes a parable is just a parable and The Good Samaritan meets the traditional definition of a parable: “an earthly story with a heavenly meaning.” Rather than preaching about Himself, Jesus was giving a straightforward answer to the question of who is our neighbor and He did it in an easily remembered story that makes its point in a striking way. While the parallels between the Good Samaritan’s compassionate acts and Jesus’ sacrificial love for us are remarkable, we should be cautious of complicating the parable or adding extra meaning where there is none. After all, unlike many of his parables, Jesus didn’t seem to think this one required additional explanation. He simply said, “Go and do likewise!”

If, however, we went looking for a Jesus figure in this parable, perhaps we should consider the Samaritan as an ordinary person and the injured man as Jesus. He was beaten, stripped, abandoned, and left to die, as was our Lord and, like Jesus, after being ignored by the pious Jews, He was accepted by the outcast Gentiles. In this light, perhaps, in a roundabout way, Jesus did answer the lawyer’s question about attaining eternal life. Eternal life isn’t defined by good works—although we can try, none of us can love as lavishly and perfectly as did the Samaritan. But, just as the Samaritan responded to the injured Jew, we can respond to Jesus. And, when we do, we will be given divine empowerment to love God and others.

Reverend Amy Reumann tells of a sermon her grandfather preached to his small congregation; at a mere ten words, it might be the shortest sermon known! After reading Jesus’ parable of the Good Samaritan as his sermon’s text, her grandfather said, “We all know what this means. Just go do it.” With those ten words, the sermon was over and the pastor sat down. Perhaps we try to complicate this simple parable because we know exactly what it means and we don’t want to do it! Preferring not to get involved, interrupted, or inconvenienced, we don’t want the obligation of addressing the pain, poverty, hunger, hurt, injustice, oppression, loss, affliction, and abuse found in this broken world. Although we are saved by God’s grace through faith alone, let us always remember the Apostle James’ words that faith without works is dead!

What does it profit, my brethren, if a man says he has faith but has not works? Can his faith save him? If a brother or sister is ill-clad and in lack of daily food, and one of you says to them, “Go in peace, be warmed and filled,” without giving them the things needed for the body, what does it profit? So faith by itself, if it has no works, is dead. [James 2:14-17 (RSV)]