For I am not ashamed of this Good News about Christ. It is the power of God at work, saving everyone who believes—the Jew first and also the Gentile. This Good News tells us how God makes us right in his sight. This is accomplished from start to finish by faith. As the Scriptures say, “It is through faith that a righteous person has life.” [Romans 1:16-17 (NLT)] 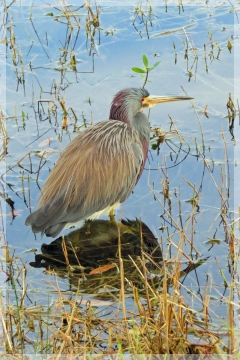 Among the 613 mitzvot were laws about not adding to or detracting from the commandments. Unfortunately, man’s need for rules and regulations must be ingrained. Finding the original 613 laws an insufficient guide to Jewish life, the religious leaders stayed busy for the next several centuries clarifying the law by creating even more laws about how to keep the initial ones and then determining the proper way to atone for every infraction.

For example, finding the simple prohibition of work on the Sabbath too general, thirty-nine categories of work were created which led to sub-categories and then more laws about handling any of the implements used in such work. Among the work subcategories were sewing two stitches and hammering which meant handling needles or hammers on the Sabbath also was prohibited. There were, however, exceptions to the rules. If necessary, you could move a needle to open your prayer book and, if you had nothing else, a hammer could be used to crack nuts!

The laws in Leviticus said a priest with a physical defect could not serve in the sanctuary but, since a “defect” was not explicitly defined, 140 disqualifying physical blemishes were categorized that covered everything from head to toe (and even body odor). Even the size of a disqualifying mole was specified (but, if a mole had any hair, it was prohibited regardless of  size).

True to form, when an expert in religious law spoke with Jesus about the law of loving his neighbor, he wanted to define who his neighbor might be. While a fellow Jew surely would be a neighbor, what about a convert, an Edomite or an Egyptian? Would Moabites and Ammonites (who were barred from citizenship) be considered neighbors? And what about those hated Samaritans?

Interpreting those 615 laws became as difficult as understanding today’s complicated tax code. Eventually, it became more about doing a deed than following a creed—more about works than worship—rules than relationship—laws than love—penalties rather than penitence—and thinking it possible to save oneself rather than be saved.  Jesus brought a covenant that fulfilled the true intent and purpose of the law—one in which our salvation rests solely with God by grace through faith. There’s a lot we can do for ourselves but one thing we can’t do is to save ourselves by following rules. Salvation is God’s business; ours is getting saved, not by laws but by faith.

For Christ has already accomplished the purpose for which the law was given. As a result, all who believe in him are made right with God. [Romans 10:4 (NLT)]