His son said to him, “Father, I have sinned against both heaven and you, and I am no longer worthy of being called your son.” [Luke 15:21 (NLT)] 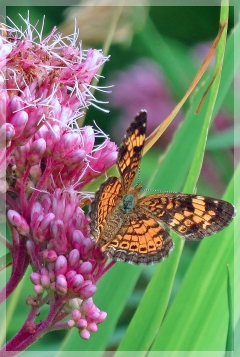 Hamartia is the word most frequently used in the New Testament for sin. Originally an archery term that meant missing the target when hunting with a bow, hamartia came to mean missing or falling short of a goal, purpose or standard. In Scripture, it conveys the idea of missing God’s perfect standard of what is righteous.

Because my father frequently went bow hunting, he set up an archery range in our garage. A round straw target was surrounded by hay bales along the back wall. Covered with a colored paper target paper showing ten concentric rings of five colors, the bull’s eye was at the target’s center. When we were old enough, my father taught my brother and me how to use a bow. Only seven, I was lucky if my arrow landed in the target’s outer rings and I often missed the target entirely. Whether we’re talking of arrows or sin, it’s not always easy to hit the target. But what of those arrows that missed the mark? While mine went into the hay bales, what if those arrows were sins? What would they hit?

I pondered this question while reading the Parable of the Prodigal (or Lost) Son, a beautiful illustration of God’s grace. In this story, we tend to focus on the pardoning love of the father when he welcomes his lost son home. Since both sons in the story clearly missed the mark with their actions, let’s look at it from a different viewpoint and consider where their arrows of sin landed. Having had a prodigal child myself, I know exactly where they came to rest—deep in their father’s heart. His sons’ actions caused the father untold grief. Thinking back to that target in our garage—what if, instead of hay bales holding the target, it had been my father? Every arrow I shot that missed the target would have pierced him instead! What if, instead of arrows it had been sins and, instead of my father, it had been God?

Sin is far more than not living up to a certain divine standard. It is as much a slap in God’s face as were the younger son’s demand of his inheritance while his father was still alive and the older son’s insolence and rudeness in his refusal to attend the celebration. Sin is a personal affront to God and it grieves Him as much as it must have grieved the father in Jesus’ parable.

Sin isn’t a violation of an impersonal standard—it is a personal offense against our Father in Heaven. Our sins hurt more than ourselves and others—they hurt God because we’ve sinned against Him! Our God is a loving God of relationship, not estrangement, but every time we sin, like the sons in Jesus’ parable, we grieve Him with our rejection. The fact that our loving Father forgives us doesn’t make our sins any less painful to Him. Let us weigh carefully our actions and remember that, when an arrow we shoot misses the target, it hits something else. Don’t let it be God!

This day, my God, I hate sin not because it damns me, but because it has done Thee wrong. To have grieved my God is the worst grief to me. [Charles Spurgeon]

Against you, and you alone, have I sinned; I have done what is evil in your sight. You will be proved right in what you say, and your judgment against me is just. [Psalm 51:4 (NLT)]

And do not bring sorrow to God’s Holy Spirit by the way you live. Remember, he has identified you as his own, guaranteeing that you will be saved on the day of redemption. [Ephesians 4:30 (NLT)]