Then Jesus explained his meaning: “I tell you the truth, corrupt tax collectors and prostitutes will get into the Kingdom of God before you do. For John the Baptist came and showed you the right way to live, but you didn’t believe him, while tax collectors and prostitutes did. And even when you saw this happening, you refused to believe him and repent of your sins.” [Matthew 21:31b-32 (NLT)] 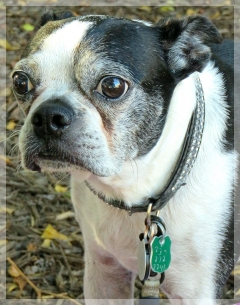 “It’s all about getting a second chance!” said the back of the man’s T-shirt. I then saw the dog paws printed on both sides of the message and realized his shirt was advertising a dog rescue organization. Nevertheless, the shirt’s words made me think of the parable Jesus told the Pharisees about two sons. The vineyard owner told his sons to go work in the vineyard. The first son rudely refused but the second son respectfully promised he’d do the work. As it turned out, the defiant son had a change of heart and went to work in the vineyard while the second seemingly dutiful son never did. Jesus then asked the Pharisees which of the two sons had done his father’s will. Of course, they had to say that the first son, in spite of his initial rebellion, was the obedient one.

The purpose of the parable was to convict the religious leaders of their phoniness. Claiming obedience and righteousness, they’d refused God’s invitation to repent delivered by John the Baptist. While saying they wanted to do God’s will, the Pharisees hadn’t. The scum of society, however, had believed and repented. When Jesus claimed that repentant sinners like tax collectors and prostitutes would get into the Kingdom of Heaven long before the Pharisees, they were shocked. You see, in God’s world, performance takes precedence over promise!

While immediate obedience is preferable, delayed obedience always beats phony obedience. Like the first son, some people prove to be far better than initially expected. Before we accepted Jesus, most of us didn’t show much potential. Truth be told, we probably were willful, selfish, mean, hypocritical and possibly immoral. Like the first son, however, we repented, mended our ways, and now work for our Father in Heaven. Unfortunately, like the second son, others prove false to their initial promise. There is, however, good news for those people whose intentions and promises haven’t materialized. Like the first brother, they too can repent, change their ways, and start working for their Father. Jesus’ words to the Pharisees tell them that the door to His Kingdom is closed to religious pretenders but open to even the vilest of repentant sinners.

The parables of the Two Sons and the Prodigal Son tell us that our God is a God of Second Chances! If there had been a cross on that man’s T-shirt instead of dog paws, the same words would have promoted Christianity! Indeed, “It’s all about getting a second chance!” in Jesus’ rescue organization! Best of all, He doesn’t stop at second chances. Our God is the God of Endless Second Chances, which is good news since it’s pretty much a guarantee that most of us will mess up our second chance and need several more!

So we are lying if we say we have fellowship with God but go on living in spiritual darkness; we are not practicing the truth. … If we claim we have no sin, we are only fooling ourselves and not living in the truth. But if we confess our sins to him, he is faithful and just to forgive us our sins and to cleanse us from all wickedness. [1 John 1:6,8-9 (NLT)]