Preach the word of God. Be prepared, whether the time is favorable or not. Patiently correct, rebuke, and encourage your people with good teaching. [2 Timothy 4:2 (NLT)] 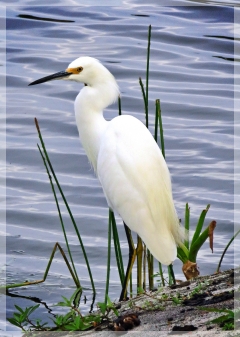 When writing about dance yesterday, Footloose came to mind. This 1984 movie was about a small Midwestern town that had banned dancing and rock music. A pivotal scene in the movie occurs when the young hero, played by Kevin Bacon, reads off several Bible verses in an attempt to convince the city council that God approved of dance. I used some of the same references in yesterday’s devotion. The young man, however, was way off base because the verses he cited were about sacred dance rather than social dancing. He didn’t want to worship the Lord; he wanted to have a senior prom!

Kevin Bacon’s character did something almost all of us do at one time or another: misinterpreted scripture by taking it out of context. We usually do this for one of two reasons. Either we come to the Bible with a preconceived notion of what it says or we come wanting to find a verse to support our viewpoint. In either case, we’ve drawn a conclusion before looking at all of the evidence.

For example, to support existing prejudice, rather than the sacred mark of protection it was, racists have interpreted the “mark of Cain” as the curse of black skin. To justify slavery of blacks, they wrongly interpreted Noah’s curse on Ham’s son Canaan as that of blackness and servitude. If we wanted to justify drunken revelry, I suppose we could cite Jesus turning all those jugs of water into wine at Cana. We wouldn’t mention the length of the feast, the number of people present, or that He was saving the groom’s honor. Jesus wasn’t promoting drunkenness at Cana any more than he was promoting gluttony when he turned a few fish and loaves into an excess of food for 5,000. Nevertheless, we could make it sound that way!

One of the most frequently misinterpreted verses is Jeremiah 29:11: “For I know the plans I have for you, declares the Lord, plans for welfare and not for evil, to give you a future and a hope.” The Hebrew word translated here as welfare was shalom, meaning peace, completeness, and soundness. While most updated translations use “welfare” or “peace” for shalom, some Bibles still render it as “prosper” and those are the translations used by prosperity gospel proponents. The completeness of the word shalom, however, wasn’t found in possessions or wealth; it was found in a relationship with God—the one who makes us complete. Moreover, a quick look at the context tells us this was not a promise made to everyone. It was made specifically to the Jewish people who had been exiled to Babylon and would remain there for seventy years. Rather than a promise of wealth and health for all, this was God’s promise to Judah that, at the end of their judgment, He would bring them back to their land where they would have a future and a hope.

We must be cautious of reading our own presuppositions into the text or of cherry-picking verses out of context to support our opinions. It comes down to two fancy words: exigesis and eisegesis. Exigesis is drawing the meaning out of the text through careful reading (which is good) but eisegesis is reading meaning into the text (which is bad)! The first is objective and seeks to find the true meaning while the second is subjective and seeks to make a point. Although he didn’t know it, Kevin Bacon’s character in Footloose committed eisegesis. While it made for a good story, his was faulty reasoning and bad theology. God has entrusted us with His truth; let us be good workers and handle His word wisely, honestly, and carefully.

Work hard so you can present yourself to God and receive his approval. Be a good worker, one who does not need to be ashamed and who correctly explains the word of truth. [2 Timothy 2:15 (NLT)]