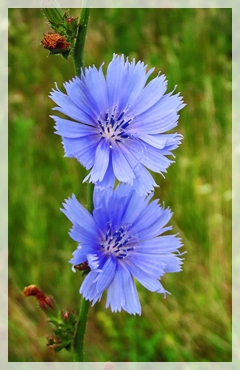 Although they were twins, Esau and Jacob were as different from one another as oil and water. Esau, the first born, was impulsive. An outdoorsman and hunter, he was his father’s favorite. Jacob was the quiet (and cunning) stay-at-home mama’s boy. Esau would have watched the Outdoor and Sportsman Channels while Jacob would have watched Food Network and HGTV.

Returning exhausted from one of his adventures and claiming he was starved, Esau asked for some of Jacob’s stew. Exploiting his brother’s hunger, Jacob offered to trade the stew for Esau’s birthright. The stew must have smelled delicious because Esau, who should have been outraged at the idea, accepted his brother’s offer. Foolishly, he relinquished his double share of their inheritance along with all the privileges and responsibilities due the eldest son simply to gratify his hunger.

Esau’s story reminds me of the acronym HALT which stands for hungry-angry-lonely-tired. Halt is what we should do before making a decision if we’re feeling any of those things! Esau was both tired and hungry when he made that life-altering decision. Granted, Jacob’s insistence on making a bargain before feeding his own brother was both sly and selfish of him. Still, the fault for that decision falls solely on the shoulders of Esau.

Esau wasn’t starving; his empty stomach may have been growling but he wasn’t malnourished or wasting away. Nevertheless, he was far more interested in immediately gratifying his hunger with a bowl of lentil stew than the ramifications of his choice. Like Esau, when we’re hungry, angry, lonely, or tired, we look to quickly meeting our needs without thinking about the consequences. In short, we’re blind to the enemy’s tactics and vulnerable to sin.

Our hunger may simply be for food, as it was for Esau, but it also can be for things like money, fame, attention, understanding, or acceptance. Simon the Sorcerer, for example, was so hungry for the power and authority of the Holy Spirit that he tried to buy it from Peter and John.

The time to make decisions is not when our emotions are on high alert. Acting in anger is dangerous and can lead to name calling, broken relationships, criticism, belittling, destruction, and even violence. Anger is what caused Moses to rashly smash stone tablets that had been written on by the hand of God! When insulted by Nabal, an enraged David immediately set out to kill every man in Nabal’s household. Fortunately, Abigail stepped in, pled for mercy, and cooler heads prevailed.

Making decisions when we’re lonely isn’t a good idea either. Feeling abandoned and alone, Elijah wanted to lie down and die. Being lonely, however, doesn’t necessarily mean being alone. We can feel isolated and disconnected even when surrounded by plenty of people. Perhaps, in spite of his wives and concubines, it was that sort of loneliness that caused David to desire Bathsheba. Halting helps us remember that God always is with us.

Being tired can be physical exhaustion, as it was with Esau, but it also can be a sense of being overwhelmed and drained. For forty years, Moses faithfully led the Israelites but it was his weariness and exasperation at their constant rebellion that caused him to disobey God and strike the rock at Kadesh. Sadly, his impulsive act meant the weary man never entered the Promised Land.

It’s been said that the difference between school and life is that, in school, you’re taught a lesson and then take a test but, in life, you’re given a test that teaches you a lesson! Let us learn the lesson about halting without having to make a mistake like Esau’s. As the old saying goes, “act in haste, repent in leisure.” Poor decisions come when we’re hungry, angry, lonely or tired. When you’re in one of those situations, halt and pray instead!

Be still in the presence of the Lord, and wait patiently for him to act. Don’t worry about evil people who prosper or fret about their wicked schemes. [Psalm 37:7 (NLT)]