And so, dear brothers and sisters, I plead with you to give your bodies to God because of all he has done for you. Let them be a living and holy sacrifice—the kind he will find acceptable. This is truly the way to worship him. [Romans 12:1 (NLT)] 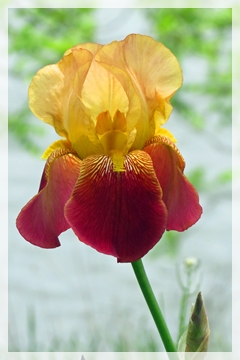 Around this time of year, I frequently return to Bedford Falls and get reacquainted with the conflicted George Bailey, the money-grubbing Mr. Potter, and Angel 2nd Class, Clarence Odbody. This year’s version of It’s a Wonderful Life was somewhat different. Rather than seeing the movie, I attended a theatrical production set in a New York City radio station in the 1940s. The well-known story unfolded as if it were a live radio broadcast. Just five actors took on all of the roles (along with producing the various sound effects required for a radio show). In spite of the unusual adaptation, the production remained true to the original movie’s message.

George Bailey, a building and loan banker, is an unlikely hero. Having abandoned his dreams for a life in Bedford Falls, he feels that life has passed him by. About to be thrown into jail because of his uncle’s carelessness (and Mr. Potter’s dishonesty), George realizes he’s worth more dead than alive. The other unlikely hero is Clarence Odbody, an ineffective guardian angel desperately trying to earn his wings by helping this despairing man on the brink of suicide. In spite of the story’s incredibly flawed angel theology, it’s a good tale. When George wishes he’d never been born, Clarence shows him what an ugly depraved community Bedford Falls would have been had he never lived. When George Bailey realizes how many lives would have been ruined, lost, or never even have happened, he chooses life.

While George’s perspective changes and there is a happy ending, it’s not a happily-ever-after one. Unlike Scrooge in A Christmas Carol, the evil Mr. Potter doesn’t transform. We know he’ll persist in trying to take over the town and that George will continue to have too little money at the end of the month. The challenges, disappointment, and disillusionment of George’s life don’t disappear. His sacrifices cost him dearly; his aspirations were surrendered, he lost his hearing, never attended college or traveled, worked in a job he hated, and endured financial hardship. Nevertheless, it’s a happy ending because George finally understands the sacrifice was worth it! He realizes the most important work we do is not the work we ever planned on doing.

The missing $8,000 wasn’t what caused George’s despair. He was unhappy and unfulfilled because he was concentrating on the life he wanted to live rather than loving the life he was leading. Like George, most of us have given up opportunities, hopes and dreams or endured hardship of some kind or another for the sake of others. If not, we should have because that’s what God tells us to do. Jesus made it clear that our lives were to be ones of sacrifice. We belong to Jesus rather than to ourselves. Following Jesus means we surrender to His purposes, which inevitably means we don’t always get what we wanted! We do, however, get something better (but often don’t recognize it).

The difference between George Bailey and a Christian is motivation. Bailey sacrificed out of a sense of duty to family, friends and town. Although family, friends, and community often benefit from our sacrifice, the Christian sacrifices out of love and obedience to God. George’s sense of duty was to Bedford Falls; ours is to Jesus! Our Lord was the suffering servant; can we be anything less? In spite of the difficulties encountered along the way, when we sacrifice ourselves to God, we will find such joy and peace that we’ll have no need for an angel to show us that it’s been a wonderful life!

All you can take with you is that which you’ve given away. [The motto Peter Bailey’s office in “It’s a Wonderful Life”]

If any of you wants to be my follower, you must give up your own way, take up your cross daily, and follow me. If you try to hang on to your life, you will lose it. But if you give up your life for my sake, you will save it. [Luke 9:23-24 (NLT)]