Now you are free from your slavery to sin, and you have become slaves to righteous living. [Romans 6:18 (NLT)] 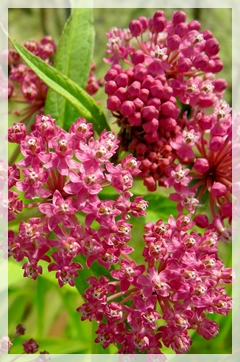 Philemon was a wealthy member and leader of the church in Colossae and Onesimus was his slave. Apparently after stealing from his master, Onesimus ran away and ended up in Rome. After finding his way to the Apostle Paul, who was under house arrest at the time, Onesimus became a Christian. The one page book of Philemon is simply a personal letter to the runaway slave’s owner pleading the man’s case.

Although Onesimus had become a new man in Christ, both he and Paul knew that, before the runaway slave could begin his new life as a Christian, he had to finish his old one with Philemon. As a fugitive slave, he’d always be looking over his shoulder wondering if and when he might be caught. He wouldn’t even be at liberty to openly share his new faith or be active in the church for fear that Philemon would learn of his whereabouts. Paul sent the remorseful slave back to Philemon with a letter asking his forgiveness and offering to make any financial restitution necessary.

I can’t help but think of steps eight and nine in many twelve step programs. Step eight is to make a list of the people who have been harmed and be willing to make amends and step nine is to make direct amends wherever possible, except when doing so would harm them or others. Making amends is a delicate process; sometimes it can be done directly, such as repaying a debt or making a repair. Sometimes, however, direct amends are impossible; neither lost lives nor stolen innocence can ever be returned. Moreover, there are times direct amends are unwise—some secrets are meant to be kept and one’s conscience should never be cleared at the expense of others. When direct amends can’t be made, then indirect amends are. Nevertheless, in all cases, part of making amends is facing the consequences for our behavior. The consequences facing Onesimus were serious: a thieving runaway slave could have been killed. Nevertheless, trusting in God (and Paul’s letter), Onesimus returned to Philemon to “face the music” and make amends. It certainly couldn’t have been an easy choice for him.

Onesimus’ story reminds me of news stories I’ve seen over the years of individuals who failed to resolve their past before starting new lives. Perhaps they arrived here illegally, evaded arrest, jumped bail, escaped jail, or remarried without benefit of divorce and managed to go undiscovered for many years. In some cases, they became productive citizens and may have married and had families. Then, through a routine traffic stop, a picture posted on line, or a chance meeting, their lives come tumbling down around them. Their past is discovered and they end up deported, in legal difficulties, or even in prison.

Unfinished business can plague us all; not living in the past doesn’t mean ignoring it. When we don’t deal with yesterday’s unresolved issues, the past can end up defining us. Without returning to Philemon, in spite of his new found faith, Onesimus would always be a runaway slave. We’re not runaway slaves but could we be slaves to the past? Are there problems we have escaped but not really resolved? Are there any loose ends that need tying up or amends to be made? Are there people we need to face or issues that need to be sorted out before we can truly be free of yesterday? We will continue to be troubled by the past until we face it; only then will we be able to live our new lives as free men and women.

Make peace with your past so it doesn’t screw up the present. [From “God Never Blinks” by Regina Brett]

Fools make fun of guilt, but the godly acknowledge it and seek reconciliation. [Proverbs 14:9 (NLT)]