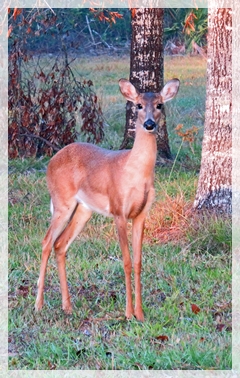 Our family business recently had their annual summer picnic. As part of the festivities, the employees participated in several team-building activities. Various entertaining games, relay races, and obstacle courses required the team members to collaborate and cooperate in order to complete each task and the afternoon ended with an all-out water balloon battle. Although my husband enjoyed the barbecue, at 75, he no longer participates in the games. He stood on the sidelines with those employees who, because of physical limitations, could only observe the day’s antics. Safe from the water balloons, they each were provided with a tee-shirt identifying them as an “Innocent Bystander.”

Matthew 12 and Luke 11 both tell of the scribes and Pharisees confronting Jesus: questioning, disputing and doubting His good work. When they accused him of being a demon, Jesus explained the absurdity of their claim. After pointing out that Satan would hardly give someone the power to destroy any of his kingdom, Jesus demonstrated the inconsistency of their argument by reminding them that even the Pharisees had engaged in exorcisms. Telling them that His work of casting out demons announced the coming of the Kingdom of God, Jesus explained there is no middle ground. Anyone who wasn’t for Him opposed Him and anyone who didn’t work with Him was actually working against Him.

The war between good and evil continues today and, unlike Switzerland and my husband during the games, we are not allowed to be impartial spectators. We are either on God’s side with Jesus or on the side of Satan. If we are not actively gathering souls for God’s kingdom, we are working against Him by scattering them. Either we are friends or foes, followers or opponents, soldiers or deserters, loyal subjects or traitors, supporters or saboteurs, allies or adversaries, builders or destroyers, sheep or goats. There are only two possibilities: believe in and follow Jesus or reject Him. While we can be innocent bystanders at a corporate picnic and stand safely on the sidelines without joining a team, Jesus made it clear that there are no innocent bystanders watching from neutral territory when it comes to Him.

God sent his Son into the world not to judge the world, but to save the world through him. There is no judgment against anyone who believes in him. But anyone who does not believe in him has already been judged for not believing in God’s one and only Son. … And anyone who believes in God’s Son has eternal life. Anyone who doesn’t obey the Son will never experience eternal life but remains under God’s angry judgment. [John 3:17-18,36 (NLT)]