As they were eating, Jesus took some bread and blessed it. Then he broke it in pieces and gave it to the disciples, saying, “Take this and eat it, for this is my body.” And he took a cup of wine and gave thanks to God for it. He gave it to them and said, “Each of you drink from it, for this is my blood, which confirms the covenant between God and his people. It is poured out as a sacrifice to forgive the sins of many. [Matthew 26:26-28 (NLT)] 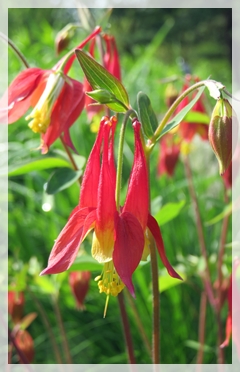 The celebration of the Eucharist or Holy Communion has been central to our Christian worship since the early church. If asked the meaning of the word eucharist, most of us would probably respond that it is the Christian sacrament that commemorates the Last Supper with bread and wine. While it has come to mean that and often refers to the consecrated elements, especially the bread, the word eucharist originally meant something else entirely. Coming from the Greek words eukharistos, meaning grateful, and kharizesthai, meaning to offer graciously, it is a translation of the Hebrew word berekah which means a blessing or benediction. Acknowledging God as the source of all good things, a berekah would be similar to the grace or table blessing we offer before or after a meal.

When Jesus spoke the traditional Passover meal berakahot that night in the upper room, he gave them new meaning when he added the words, “this is my body” and “this is my blood.” In thanks, He raised the bread just as his body soon would be raised on the cross. He took the matzah that symbolized the suffering of Israel, thanked God for it, and broke it, knowing that his body would be broken in less than a day. As He passed it to the disciples, the bread that once symbolized Israel’s suffering became the bread that would symbolize His. The disciples may have thought he was simply offering a blessing for the Passover bread but Jesus was offering thanks for the body which soon would be defeated by thorns, whip, nails and cross. He then thanked God as he poured out the wine that symbolized Israel’s redemption from Egypt and passed it around. The disciples may have thought he was giving thanks for Israel’s redemption from Egypt but Jesus knew it was for their redemption from sin. For something to be redeemed, however, a price must be paid and Jesus knew that price would be his blood. While pouring out the wine, He knew his blood would soon pour from his body and yet he still gave thanks. Knowing full well the torment he would suffer, He graciously offered himself for us and gave thanks.

Last week, when the Words of Institution were spoken before Communion and the bread and wine were consecrated, I realized I hadn’t fully appreciated the circumstances in which those words originally were spoken. Jesus knew He’d be betrayed, disappointed and denied within hours. He knew the agony that would soon occur. Jesus knew he would be broken and bleed. He knew the real sacrifice was not the lamb on which they’d supped; He was the sacrificial Lamb of God and yet He acknowledged God as the source of all blessings and thanked Him! Blessed be the Lord; let us give thanks!

The next day John saw Jesus coming toward him and said, “Look! The Lamb of God who takes away the sin of the world! [John 1:29 (NLT)]