PRAYING FOR OUR ENEMY

You have heard that it was said, “You shall love your neighbor and hate your enemy.” But I say to you, Love your enemies and pray for those who persecute you, so that you may be sons of your Father who is in heaven. For he makes his sun rise on the evil and on the good, and sends rain on the just and on the unjust. [Matthew 5:43-45 (ESV)]

Of him that hopes to be forgiven it is indispensably required that he forgive. It is therefore superfluous to urge any other motive. On this great duty eternity is suspended, and to him that refuses to practise it the throne of mercy is inaccessible, and the Saviour of the world has been born in vain. [Samuel Johnson (1751)] 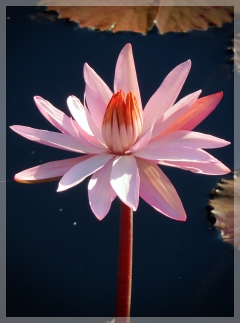 The friend said, “I hate to admit it, but every night I pray that Putin will be dead by morning.” As we witness the genocide, violence, and horror in Ukraine on the morning news, I suspect he’s not the only Christian who is saddened to learn that Vladimir Putin didn’t die last night or that bombs didn’t destroy the Kremlin and the entire Russian army!

Like many, I struggle with what and how to pray regarding Russia, Putin, and this horrific war. More than 80 years ago, C.S. Lewis had the same dilemma regarding Adolf Hitler and Joseph Stalin—the tyrants and murderers of World War II who, like Putin, were Godless merciless dictators who attacked human rights at all levels. The parable of the unforgiving servant, however, reminds us that if we expect God’s mercy and forgiveness, we are to extend that same mercy and forgiveness to others. That’s a hard pill to swallow when it comes to people like Vladimer Putin but Jesus didn’t mince his words when he commanded that we love our enemies and pray for those who persecute us.

Believing that praying for others was obligatory for a Christian, Lewis wrote the following to his dear friend Dom Bede Griffiths in spring of 1940: “The practical problem about charity (in one’s prayer) is very hard work, isn’t it? When you pray for Hitler and Stalin how do you actually teach yourself to make the prayer real?” After pondering the problem, Lewis wrote to his brother about a month later and began his letter with Samuel Johnson’s words about forgiveness and mercy. After listing Stalin, Hitler, Mussolini and three men he considered his nemeses at university, Lewis said he prayed “every night for the people I am most tempted to despise or hate. In the effort to make this real I have had to do a good deal of thinking.”

How do we pray for evil people in the first place let alone make the prayer real, rather than obligatory empty words?

Praying for our enemies doesn’t mean that we pray for their happiness, that we like the kind of people they are, or that we approve or excuse their behavior. As Lewis pointed out in his letters, praying for them is remembering that they are made of the same stuff we are, that Jesus died for them as much as He died for us, and that we are no more deserving of God’s sacrifice, grace, or mercy than are they. Assuming that these evil people can still be rescued, Lewis believed we can and should pray for their salvation.

As much as we hate the actions of evil people, we mustn’t hate the people. Nevertheless, we often do. Lewis admitted to his brother that he “tends to give free reign to hatred and to regard it as virtuous or normal.”  Reflecting on his own moments of cruelty, the theologian pointed out that his inclination to hate “might have blossomed, under different conditions, into something terrible. You and I are not, at bottom, so different from these ghastly creatures.” Indeed, as much as I hate to admit it, I know I’m not!

As we pray for our enemies (whether they’re our nemeses at work or people like Putin), there is no need to tell God what’s wrong with them or instruct God on the way to deal with such people. As for me, after simply asking Him to change the person’s heart, I leave the rest up to Him. In the same way, I can’t presume to know how this tragic situation can be resolved so I simply lift the people of Ukraine and Russia up to God—He already knows their names and their needs.

We must try to feel about the enemy as we feel about ourselves— to wish that he were not bad, to hope that he may, in this world or another, be cured: in fact, to wish his good. That is what is meant in the Bible by loving him: wishing his good, not feeling fond of him nor saying he is nice when he is not. I admit that this means loving people who have nothing lovable about them. [C.S. Lewis]

Bless those who persecute you; bless and do not curse them. … Beloved, never avenge yourselves, but leave it to the wrath of God, for it is written, “Vengeance is mine, I will repay, says the Lord.” … Do not be overcome by evil, but overcome evil with good. [Romans 12:14,19,21 (ESV)]