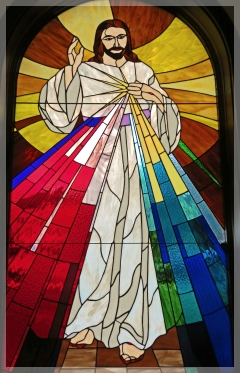 Depending on your Bible translation, the Kingdom of God is mentioned at least 68 times in the New Testament. Rather than “Kingdom of God,” Matthew usually used “Kingdom of Heaven.” All four gospels, however, are speaking of the same place. Matthew was a Jew and primarily writing for a Jewish audience. While we tend to interpret the third commandment about not misusing the Lord’s name to mean not using it irreverently, Jews have a much stricter interpretation. Believing God’s name too sacred to say aloud, by the 1st century, His name wasn’t even written or spoken in anything but prayer. Even today, many observant Jews substitute “G-d” rather than write the full name.

Because Jesus continually preached the Kingdom of God (or Heaven), the Pharisees asked Him when it would come. Like the rest of Judah, they were thinking of a materialistic kingdom—one with boundaries and a Jewish ruler—so they missed what was happening in front of them. Looking for a political rather than a spiritual fix, they couldn’t understand that the Kingdom had arrived and God was busy restoring it.

Jesus’ answer to the Pharisees sounds like He’s saying the Kingdom is present and yet He also told His disciples to pray for its coming. Rather than an involved theological explanation to explain a kingdom that was both here and pending, Jesus compared the Kingdom of God to a mustard seed that was planted in a field but hadn’t matured into its future glory. The Kingdom was “already” because believers were taking part in building it but it also was “not yet” because it wouldn’t reach its full expression until the future. To further explain the Kingdom, Jesus used a number of metaphors: a farmer scattering seed, yeast in dough, a fishing net, a merchant in search of fine pearls, treasure in a field, a king settling his accounts, a landowner hiring workers for his vineyard, a king’s wedding feast for his son, ten bridesmaids meeting the bridegroom, and a landowner with tenant farmers. Even then, His own disciples were still thinking of an earthly kingdom when they asked the resurrected Jesus, “has the time come for you to free Israel and restore our kingdom?” [Acts 1:6]

The Kingdom of God is not about going to heaven when we die; it’s about bringing God’s kingdom to earth. We pray, “May your Kingdom come soon. May your will be done on earth, as it is in heaven.” [Matthew 6:10] God is king of everything and everyone and, when He reigns in our hearts and minds, His Kingdom is already here. At the same time, His Kingdom is not yet here until its full realization when paradise is re-created in the New Jerusalem.

The Messiah has accomplished the work of redemption, the Spirit has been poured out, yet evil has not been eradicated, the general resurrection is still future, and the final state of God’s kingdom has not been established. In other words, the new era has begun–has been inaugurated–but it has not yet replaced the old era. [Dr. Peter Cockrell]

Jesus answered, “My Kingdom is not an earthly kingdom. If it were, my followers would fight to keep me from being handed over to the Jewish leaders. But my Kingdom is not of this world.” [John 18:36 (NLT)]