THE FEAST OF EPIPHANY – JANUARY 6

Jesus was born in Bethlehem in Judea, during the reign of King Herod. About that time some wise men from eastern lands arrived in Jerusalem, asking, “Where is the newborn king of the Jews? We saw his star as it rose, and we have come to worship him.” [Matthew 2:1-2 (NLT)] 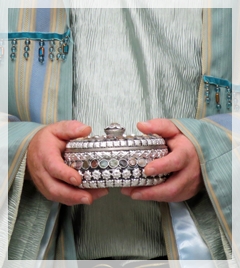 Assuming you don’t worship in the Orthodox Church, today is known as the Feast of Three Kings or Epiphany. Since the church year for Orthodox Christians follows the Julian calendar, tonight is their Christmas Eve and Epiphany won’t be until January 19th. For those of us using the Gregorian calendar, however, today often is the day the Christmas tree is taken down, the nativity sets boxed up, and the holiday decorations are tucked away until next December.

Epiphany, however, isn’t about decorations or eating the last of the Christmas cookies. The word “epiphany” means to show, make known, or reveal. Those “ah-ha” moments when we have a flash of insight or understanding are often called epiphanies. (I frequently prayed for epiphanies when studying algebra and geometry.) When the travelers to Emmaus (in the gospel of John) suddenly recognized the resurrected Jesus, they had an epiphany as did Saul when Jesus revealed Himself on the road to Damascus. Today’s Epiphany celebration is about the coming of the wise men with gifts to visit the Christ child. Their visit revealed Jesus to the world as Lord and King, not just to the Jews, but also to the Gentiles.

When the long awaited Messiah was born, angels sent the birth announcement to lowly shepherds rather than religious leaders. The king was born, not in a palace, but in a stable. The newspaper didn’t list His birth but a star led the way. The baby gifts were brought not by Jews but by Gentiles: pagans who traveled from Persia, Arabia or India for several months to find this newborn king. They didn’t present the family with typical baby gifts and their offerings certainly weren’t what a poor carpenter’s family would expect to receive. Their offerings, however, were standard gifts to honor a king or deity in the ancient world. Gold, the metal of royalty, symbolized His kingship and acknowledged His right to rule. Frankincense, used in worship and the anointing of priests, symbolized the role Jesus would take as our High Priest. Myrrh, a spice used for embalming, was an odd gift for a child but the magi were familiar with the prophecies that told of the Messiah’s suffering. This was the perfect offering for the One who would be a sacrifice. Perhaps the greatest gift the magi brought was the one that didn’t come in a box: their worship!

As we put away the last of the holiday decorations, let’s not put away the message of Christmas. May the living Christ remain in our hearts: our King, God, and Savior—the One who lived and died so that we might die and live.

Born a king on Bethlehem’s plain, Gold I bring to crown Him again,
King forever, ceasing never Over us all to reign. …
Frankincense to offer have I. Incense owns a Deity nigh.
Prayer and praising all men raising, Worship Him, God on high. …
Myrrh is mine: Its bitter perfume Breaths a life of gathering gloom.
Sorrowing, sighing, bleeding dying, Sealed in the stone-cold tomb.
[“We Three Kings” by John Henry Hopkins, Jr.]

They entered the house and saw the child with his mother, Mary, and they bowed down and worshiped him. Then they opened their treasure chests and gave him gifts of gold, frankincense, and myrrh. [Matthew 2:11 (NLT)]