“But this is the new covenant I will make with the people of Israel after those days,” says the LORD. “I will put my instructions deep within them, and I will write them on their hearts. I will be their God, and they will be my people.” [Jeremiah 31:33 (NLT)] 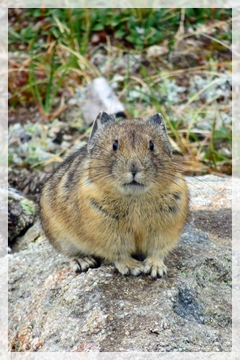 Spencer Johnson’s Who Moved My Cheese? is an uncomplicated parable about two mice and two “little people” (Hem and Haw) who are looking for the “cheese” that will bring them happiness. When the cheese disappears, the mice quickly scurry off in search of more. Hem and Haw, however, have built their life around that cheese. Arrogantly thinking their brains are superior to those of their four-legged friends, they are unwilling to change and search for different cheese. Eventually, hunger drives Haw to leave his comfort zone and go in search of new cheese. When he finds it, he also finds those simple creatures, the mice, who’d been there for quite a while and enjoying the delicious new cheese.

The cheese is a metaphor for what we desire in life, whether a relationship, job, money, or peace of mind, and the book is about dealing with change, keeping things simple, and not confusing ourselves with fearful beliefs. Hem and Haw always thought that change would lead only to something worse. It is not until Haw understands that change also can lead to something better that he starts looking for new cheese. Sadly, left behind in the maze is Hem. Paralyzed with fear, in spite of his hunger, he stays in his comfort zone where the old cheese had been.

Throughout the story, Haw writes messages on the wall. When he writes, “The more important your cheese is to you, the more you want to hold on to it,” I couldn’t help but think of the Pharisees in Jesus’s time. The law was their cheese; they held tight to it and then over-complicated it. The simple law of keeping the Sabbath day became burdensome with its thirty-nine categories (and hundreds of subcategories) of prohibited work and exceptions to the rules. While tying knots was prohibited, if the knot could be untied with just one hand, it was allowed! People couldn’t carry their clothes out of a burning house on the Sabbath but they could put on several layers of clothing and wear them out! As happened with Hem, the Pharisees became over-confident and arrogant; for them, their complicated set of rules was the only cheese, even when it ceased making sense!

Jesus, however, introduced a new kind of cheese: a new covenant of salvation through faith, not works. Rather than the law being written with ink on paper it was written with the blood of Jesus upon men’s hearts. Although God’s promise of a new covenant came true in Jesus, the Pharisees refused to change and stayed hungry in their corner of the maze.

A great many of us in the 21st century are little different from those who resisted Jesus in the 1st. We may not cling to a long list of prohibitions and rules as did the Pharisees but, out of fear of change, we cling to a way of life that isn’t working. We’re like the rich man who asked Jesus what he needed to do for eternal life. When told that he must give up the old cheese (his riches), he walked away rather than accept Jesus’s offer of salvation. Like Hem, could we be going hungry when all we need to do is step out of our comfort zone and seek the Bread of Life? Or, like, Haw, will we seek and find?

His purpose was for the nations to seek after God and perhaps feel their way toward him and find him—though he is not far from any one of us. For in him we live and move and exist. [Acts 17:27-28a (NLT)]