THE BEST TIME TO MEET HIM 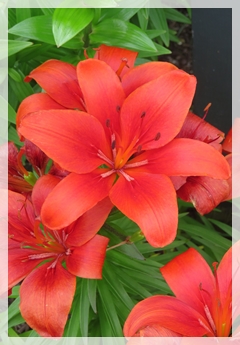 In commenting about the unexpected death of a young man, the pastor said, “The best time to meet God is when you’re right with God!” For a good part of his brief life, the young man about whom he was speaking had been a troubled unbeliever but, shortly before his death, he came to know Christ. While he will be missed by his grieving family and friends, they can find comfort in knowing his final destination. Since they, too, are believers, they know they will see him again in the future.

The pastor’s comment made me remember a sympathy note written by C.S. Lewis in 1944 to the wife of fellow professor at Oxford. After expressing how much he missed the man, Lewis told the new widow how deeply the professor’s funeral had affected him. Mentioning the many times he’d heard the same service read for non-believers, he admitted to a sense of relief at hearing those same words said for a true man of faith: “a man not unworthy of the service.” Lewis admitted that, “In some queer way it enormously strengthened my faith, and before we filed out of chapel I really felt…a kind of joy—a feeling that all was well, just as well as it could be.” Understanding that the best time to meet God is when you’re right with God, Lewis knew the professor had been welcomed home by his Father in Heaven.

I think of a friend, whose husband is nearing the end of his life.  As non-believers, she knows a religious service would be hypocritical and has been pondering what sort of funeral she might have for her husband when the time comes. For a non-believer, there is little comfort in hearing that Jesus is the resurrection and the life and His believers will never die or that our bodies “buried in brokenness…will be raised in glory.” Scripture’s words of assurance that Jesus has prepared a place for us in His Father’s house or that nothing can separate us from Christ’s love are meaningless to someone who doesn’t know Jesus.

Believers and non-believers alike experience grief but it was the faith C.S. Lewis shared with his fellow professor that allowed him to experience joy at his friend’s funeral. The words of a traditional Christian funeral/celebration of life service are only comforting to a believer if the dearly departed was a believer.

When my friend’s husband dies, I don’t know how she will mark his passing, but it won’t be with words of Scripture, prayers, psalms, or hymns. When that day comes, I will choose my words of sympathy carefully; they probably will be something innocuous about hoping her memories bring her comfort and solace. (Her lack of faith certainly won’t!) No matter how nice the memorial program or beautiful the music, I will not feel a kind of joy as I depart because I know that the best time to meet God is not when you deny His existence. The best time to meet God is when you’re good with Him!