Around midnight Paul and Silas were praying and singing hymns to God, and the other prisoners were listening. Suddenly, there was a massive earthquake, and the prison was shaken to its foundations. All the doors immediately flew open, and the chains of every prisoner fell off! [Acts 16:25-26 (NLT)] 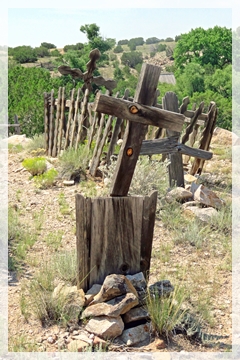 By 1658 in England, it had become illegal to conduct a religious service differing from the Church of England’s official liturgy or for “one not in Episcopal orders” to address a congregation. A Puritan, John Bunyan, was arrested for preaching the gospel without a license. After three months in the Bedford jail, he was offered his freedom if he’d agree not to preach publicly. He refused saying, “If I was out of prison today, I would preach the gospel again tomorrow by the help of God.” Bunyan spent twelve years imprisoned. During that time, he wrote The Pilgrim’s Progress. No country cub prison, the Bedford jail was overcrowded, unsanitary, unheated, and the plague of 1665 claimed forty prisoners as victims. Years later, Bunyan wrote: “Satan can make a jail to look like hell itself.” Although all looked hopeless for the man, he found strength in prayer and in his writing.

In The Pilgrim’s Progress, Christian and Hopeful accidentally step out of the Way. Having trespassed on the grounds of Giant Despair, they are captured and taken to Doubting Castle. The Pilgrims are imprisoned in a dark dungeon, without bread or water, for nearly four days. The first day, Despair mercilessly beats the men with a club. The second day, telling them there is no escape, the giant urges the suffering men to kill themselves. Realizing that others have managed to escape, the men retain hope, refuse to end their suffering, and vow to battle Despair. The third day, to further destroy their spirits, the giant takes them into the castle yard, shows them the remains of those he’s destroyed, and pitilessly beats them again.

Around midnight Sunday morning, just as Paul and Silas did in their prison cell, Christian and Hopeful begin to pray. A little before dawn, Christian realizes what a fool he’s been. In his coat, next to his heart, is a Key called Promise and Christian is sure it will unlock the doors of Doubting Castle. Although Doubt and Despair caused them to forget the promises of God, prayer reminded the two men to recall and trust in God’s promises. The Key easily opens both the door to their cell and the one into the castle yard but the last lock, the one out of Doubting Castle opens hard. It’s not easy to escape from the depths of Doubt and Despair and I imagine that, during those twelve years he sat behind bars in abysmal conditions, Bunyan had many moments of doubt and despair.

Let us remember to keep the Key of Promise close to our hearts.  It’s unlikely that doubt and despair will come in the form of a giant or a castle dungeon, but they will come and they are capable of imprisoning us. While not using a club, despair will attack us mercilessly, try to strip us of hope, and imprison us in doubt. May we always hold tight the key to our freedom: the promises of God.

Lord, we pray for those imprisoned By Despair, who lie in grief;
Locked in Doubting Castle’s dungeon, Stripped of hope and its relief.
Father help them to remember In Your promise is the key;
Now unlock the door that bars them, In the Gospel, set them free.
[From “A Prayer for Pilgrims” by Ken Puls]

For all of God’s promises have been fulfilled in Christ with a resounding “Yes!” And through Christ, our “Amen” (which means “Yes”) ascends to God for his glory. It is God who enables us, along with you, to stand firm for Christ. He has commissioned us, and he has identified us as his own by placing the Holy Spirit in our hearts as the first installment that guarantees everything he has promised us. [2 Corinthians 1:20-22 (NLT)]