Then Jesus said to them [Cleophas and the other disciple on the road to Emmaus], “You foolish people! You find it so hard to believe all that the prophets wrote in the Scriptures. Wasn’t it clearly predicted that the Messiah would have to suffer all these things before entering his glory?” Then Jesus took them through the writings of Moses and all the prophets, explaining from all the Scriptures the things concerning himself. [Luke 24:25-27 (NLT)] 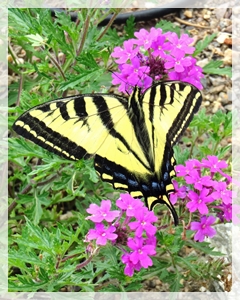 While cleaning out the bookshelves recently, I came across one of my children’s favorite books: Richard Scarry’s What Do People Do All Day? A small drawing of Lowly Worm, an earthworm wearing a Tyrolean hat, red bow tie, and one shoe on the end of his tail, is hidden somewhere on every page of the book and I immediately started searching for him. I hope you don’t think it sacrilegious, but thinking of Lowly Worm, a character who silently makes his presence known throughout Scarry’s books, made me think of Jesus and how He’s quietly present in all of Scripture.

Unlike Lowly Worm, Jesus isn’t an imaginary character hiding on the pages of a children’s book; He’s the living breathing Messiah and we find evidence of Him throughout the Old Testament. Although most people’s lives are chronicled after they’re born, Jesus’s story began long before the night He appeared in Bethlehem. As part of our Triune God, He was there at the beginning of time. When Jesus told the religious scholars, “Before Abraham was, I am,” [John 8:58] He echoed God’s words to Moses, “I am who I am.” [Exodus 3:4]

While it’s not difficult to spot Lowly Worm on the pages of Scarry’s books, it’s harder to spot Jesus in the Old Testament, especially if we haven’t met Him in the New. Psalm 77, for example, tells of a God who makes the water afraid and who can make a path through the waters while Job mentions a God who can trample the seas. Both references sound a lot like Jesus walking on water and stilling the Sea of Galilee. Micah says the Messiah will be born in Bethlehem and Isaiah states that a virgin would conceive Him. If we didn’t know about Jesus, however, we wouldn’t recognize Him in those words. Genesis and Numbers say He will be a descendant of Abraham, Isaac, Jacob, and Judah and the star mentioned in the Numbers’ prophecy is probably what brought the Magi to Judah in search of Jesus. Jeremiah tells us that the Messiah will be from the lineage of David, Malachi that He will be preceded by a forerunner, Zechariah that the Messiah will appear riding a donkey and be betrayed for thirty pieces of silver, and Psalms that lots will be cast for His clothing, His hands and feet will be pierced, and His bones would not be broken. Once we know what we’re looking for, we can find Jesus throughout the Old Testament in the descriptions of God and in the more than 300 prophecies He fulfilled.

We also can spot Jesus in the Old Testament’s words that are repeated by Him in the New. In Deuteronomy, for example, we find Jesus’s replies to Satan long before His temptation in the wilderness. We find the two greatest commandments in all four gospels but also in Deuteronomy and Leviticus. We catch glimpses of the Beatitudes’ words in books like Proverbs, with its promise that the lowly in spirit (humble) will obtain honor; Isaiah, with the promise to comfort those who mourn; and Psalms, with the promise that the one with clean hands and a pure heart will ascend the hill of the Lord. Jesus wasn’t just a great Torah scholar repeating someone else’s words. Those words were God-breathed and He was the original author!

Let’s not make the mistake of thinking of the Old and New Testaments as two different unrelated books: pre-Jesus and post-Jesus. Jesus is present throughout Scripture from Genesis through Revelation. But, like the pictures of Lowly Worm, sometimes we have to search for Him.

You search the Scriptures because you think that in them you have eternal life; and it is they that bear witness about me, yet you refuse to come to me that you may have life. … For if you believed Moses, you would believe me; for he wrote of me. But if you do not believe his writings, how will you believe my words?” [John 5:39-40,47 (ESV)]