Then I will sprinkle clean water on you, and you will be clean. Your filth will be washed away, and you will no longer worship idols. And I will give you a new heart, and I will put a new spirit in you. I will take out your stony, stubborn heart and give you a tender, responsive heart. And I will put my Spirit in you so that you will follow my decrees and be careful to obey my regulations. [Ezekiel 36:25-27 (NLT)] 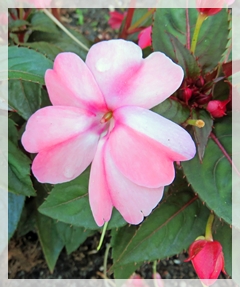 When we think of the Pharisees, we usually think of their hypocrisy and self-righteousness but they started out with good motives. Like us, they simply wanted to avoid sin. I have no doubt that some were well meaning, with high standards and pure motives. Since Jesus was teaching in the Temple, it was only right that these interpreters of the law would want to examine His teachings.

The Pharisee Nicodemus came to visit Jesus one night. Since Jesus seemed to spend his days surrounded by a crowd, the dark of night may have been the only time the Pharisee could meet one-on-one with the rabbi. On the other hand, perhaps he was afraid that others might see him talking to this teacher who challenged the behavior and beliefs of his sect. Nicodemus may have come as a seeker of truth or, possibly, as a spy who was hoping to catch Jesus in some sort of blasphemy. We don’t know his motives, only his questions, the most famous of which was, “How can an old man go back into his mother’s womb and be born again?”

When Jesus speaks of being born of water and the Spirit, this concept should not have been new to a scholar like Nicodemus. Jesus probably was referencing the above words found in Ezekiel 36 and the Pharisee should have been familiar with them. Yet, the man did not seem to understand that the Messiah would bring spiritual cleansing and a new heart—a new nature—to the people. I can imagine Jesus’s frustration as He rebuked the scholar for not recognizing that Scripture taught the necessity of a new birth by the Spirit. Their conversation ends with Jesus speaking of God’s light and people preferring darkness to light. Still not understanding, Nicodemus leaves in the darkness both of night and of spirit.

The next time we hear of Nicodemus, he’s in a meeting with the Sanhedrin. The Temple guards had been sent to arrest Jesus but, amazed at His teachings and unable to find any cause, they come back empty-handed. As the Pharisees condemn and curse the crowd following Jesus, Nicodemus speaks up: “Is it legal to convict a man before he is given a hearing?” [John 7:51] Could it be that Nicodemus reread the Messianic prophecies and was beginning to understand the meaning of Jesus’s words?

The last time we meet Nicodemus, he is with Joseph of Arimathea. A member of the Sanhedrin and Nicodemus’s friend, Joseph was probably a Pharisee; yet we read that he also was a secret disciple of Jesus. It was Joseph, not the disciples, who asked Pilate for permission to take down Jesus’s body and it was his tomb that became the brief resting place for Christ’s body. Nicodemus brought seventy-five pounds of myrrh and aloe with which he and Joseph prepared the Lord’s body for burial. No longer secret believers, it would seem that both Nicodemus and Joseph moved from the darkness into the light.

The Apostle John tells us that other Jewish leaders believed in Jesus but, fearing they’d be expelled from the synagogue, they kept silent. [12:42] Are we secret believers, keeping silent in the shadows or, like Nicodemus and Joseph, Peter and John, will we boldly proclaim our faith?

So they [the high council] called the apostles back in and commanded them never again to speak or teach in the name of Jesus. But Peter and John replied, “Do you think God wants us to obey you rather than him? We cannot stop telling about everything we have seen and heard.” … Then they preached the word of God with boldness. [Acts 4:18-19,31b (NLT)]