WHAT DOES IT MEAN?

All Scripture is breathed out by God and profitable for teaching, for reproof, for correction, and for training in righteousness, that the man of God may be competent, equipped for every good work. [2 Timothy 3:16-17 (ESV)] 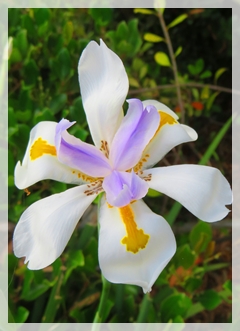 At times, we can find reading the Bible rather disturbing. For me, Peter calling Lot “righteous” is upsetting; this man offered up his virgin daughters to be raped by a mob! Abraham’s willingness to hand over Sarah to other men’s lust is equally disquieting. Those are, however, real stories about real people and, among other things, they reflect the low status of women in the ancient world. The Bible’s words may have been God-breathed and intended for people of all times and places but they were penned by men thousands of years ago for their contemporaries and their words reflect a very different culture.

When we read the Bible, we tend to read it from our 21st century point of view. Picturing the cruel plantation owner Simon Legree and remembering our nation’s intolerable exploitation of a race of people, we find the Biblical acceptance of slavery repugnant. It’s difficult for any of us to picture a society where slavery was tolerated and people would willingly sell themselves into bondage to pay their debts. Then again, in our greedy nation, it’s hard to understand a culture where, every seven years, those slaves were to be freed and all debts were to be cancelled. When we read Paul’s admonishment to dress modestly, we think he’s writing about racy clothing but plunging necklines, mini-skirts, thongs, and see-through tops weren’t a problem in his day. He actually was telling women not to flaunt their wealth with extravagant attire and jewelry. Having multiple wives, requiring an unmarried brother of a deceased man to marry his widowed sister-in-law, rules about laying siege to a city, and Paul’s concern about hair length and food, are difficult to understand or find relevant in today’s society.

To a great extent, we don’t understand the times and people responsible for bringing us the Bible. Its words were written between 3,400 and 1,900 years ago and we’re neither nomadic shepherds nor 1st century Hebrews, Romans or Greeks. If we’ve not experienced exile, been persecuted for our faith or lived in an occupied country, we have difficulty understanding or appreciating the words of those who have. With our culture so removed from the original one, when we ask, “What does this mean to me?” the quick and easy answer is often, “Nothing!” Before we ask that question, perhaps we should ask, “What did this mean to the people of that day?” Once we understand how it applied to them, we will probably find the Bible far more relevant to our lives today.

For whatever was written in former days was written for our instruction, that through endurance and through the encouragement of the Scriptures we might have hope. [Romans 15:4 (ESV)]

If any of you lacks wisdom, let him ask God, who gives generously to all without reproach, and it will be given him. [James 1:5 (ESV)]