Don’t you know that the Lord, the God of Israel, has given the kingship of Israel to David and his descendants forever by a covenant of salt? [2 Chronicles 13:5 (NIV)] 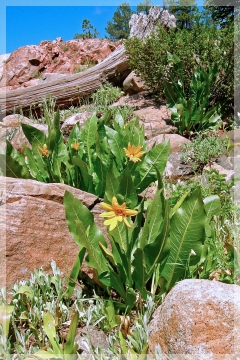 Eighteen years after the kingdom divided and Jeroboam became king of the northern kingdom of Israel, Rehoboam’s son Abijah became king of Judah, the southern kingdom. As Solomon’s grandson and David’s great-grandson, Abijah was part of David’s dynasty; Jeroboam was not. Although 1 Kings called Abijah a sinner, 2 Chronicles recorded the one highpoint of his short reign. War broke out between Israel and Judah and Judah’s warriors were outnumbered two to one. As the two kings squared off, Abijah shouted out to Jeroboam and his army. Referring to the “covenant of salt” between God and David, Abijah called Jeroboam a traitor, his men scoundrels, and charged Israel with rebellion against the Lord’s chosen Davidic dynasty of kings. Their rebellion hadn’t been against Solomon or Rehoboam; they’d rebelled against the kingdom of the Lord! Continuing with his tirade, Abijah charged the northern kingdom with apostasy because of their idolatry and illegitimate priests. After pointing to Judah’s faithful worship, he warned Israel they would not succeed because God was with Judah. Indeed, in spite of overwhelming odds, Scripture tells us “God routed Jeroboam and all Israel” and the Judeans were victorious because they “relied on the Lord, the God of their ancestors.”

I was curious about the “covenant of salt” mentioned by Abijah. The Hebrew word for covenant was berith which meant a pledge, treaty, alliance, or agreement between two or more parties. Personal covenants were made between people, political ones between nations, legal ones within a nation, and sacred ones between God and people. There usually were conditions that needed to be upheld for the covenants to remain in effect. The Old Testament records God’s covenants with Noah, Abraham, Moses, and David. The covenant to which Abijah referred was God’s promise that David’s line would have a kingdom and his royal dynasty would last forever. This one verse in Chronicles, however, is the only mention of that being a “covenant of salt.”

Maybe no detailed explanation of a covenant of salt was needed simply because salt, as a symbol of permanence and perpetuity, was part of covenant making throughout the ancient world. Along with its mention in Hebrew scripture, evidence has been found that the Babylonians, Persians, Arabs, and Greeks all used salt in the context of an agreement or covenant. When used in conjunction with the sealing of treaties and covenants, it symbolized a lasting agreement. Parties commonly shared a meal featuring salted meat when establishing a treaty and it was understood that people who shared salt were united by mutual obligations. An ancient letter from the Neo-Babylonian/Chaldean Empire refers to a tribe’s covenantal allies as those who “tasted the salt of the Jakin tribe.”  When Ezra wrote of being “under obligation” to the Persian king, a literal translation of the verse explains their commitment was because “we have salted with the salt of the palace.” [4:14] Today, some Arabs continue to seal a pact of friendship with a gift of salt.

A “covenant of salt” signified an everlasting covenant or agreement that was sealed or ratified with salt. When Abijah spoke of the covenant of salt, he was asserting God’s unswerving faithfulness to the Davidic covenant—a covenant that was to last for perpetuity. There was, however, one more covenant—the new covenant prophesized by Jeremiah and fulfilled in Jesus. Rather than a covenant of works, it is one of grace—one of forgiveness, new hearts, and the indwelling Spirit! This was the new covenant of which Jesus spoke during that last supper—quite likely at a meal where people shared salt as well as bread and wine.