WE WANT TO KNOW 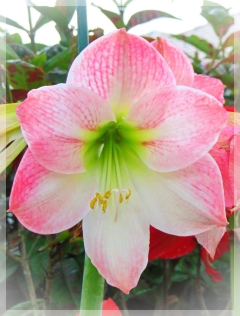 Several years ago, author and apologist Lee Strobel commissioned a national survey asking people the one question they would pose to God if they could. As might be expected, the number one response was “Why is there suffering in the world?” Indeed, like Job, we want to know why, especially if the affliction directly affects us or the ones nearest and dearest to us. Why did he get Alzheimer’s? Why did she go into a coma? Why did his child get leukemia or hers have Down’s syndrome? Why was the surgery a failure? Why didn’t the driver stop? Why can’t I have children? Why was he at the wrong place at the wrong time? Why didn’t you stop the shooter from taking those children’s lives? Why couldn’t you save those who perished in that deadly tornado? Why do bad things happen to good people?

In reality, we already know the reason for pain and suffering since it’s found in Genesis. The world God created was a good one—one without misery and tragedy. Suffering entered the world when mankind abused their free will and sinned. That answer, however, just doesn’t seem adequate, especially since pain and affliction seem to hit randomly and unfairly. Logic tells us that the cruel and evil ones of the world should suffer more than the innocent but it rarely seems to work that way. The only sermons on this topic that made sense to me were the ones conceding that, while we’re in this world, the question of “Why?” will never be satisfactorily answered. Since Job asked God “Why” more than twenty times and never got an answer, an acceptable explanation for the suffering in this world isn’t likely. I suspect, however, that even if we knew the why of every terrible thing and how it all fit into God’s plan, we wouldn’t find the answer satisfactory. Like Job, our faith in God must be stronger that our need to know!

When the disciples passed by the man who’d been born blind, they wanted to know why he had no sight and they asked if it was it his sin or the sins of his parents that caused his blindness. Answering that it was neither, Jesus explained that it was part of God’s sovereign plan so that the power of God would be seen in him. Rather than a punishment or simply bad luck, the man’s suffering afforded an opportunity for Jesus to do God’s work in restoring the man’s sight. Jesus’ answer is about the best one we’re ever going to get while on this side of the grass. Perhaps, rather than asking God the reason for misfortune, pain, and anguish, we should be asking God how that suffering can be used to display His mighty work.

The real problem is not why some pious, humble, believing people suffer, but why some do not. [C. S. Lewis]

Jesus answered, “It is not this man’s sin or his parents’ sin that made him blind. This man was born blind so that God’s power could be shown in him.” [John 9:3 (NCV)]

I told you these things so that you can have peace in me. In this world you will have trouble, but be brave! I have defeated the world. [John 16:33 (NCV)]