The earth mourns and dries up, and the land wastes away and withers. Even the greatest people on earth waste away. The earth suffers for the sins of its people, for they have twisted God’s instructions, violated his laws, and broken his everlasting covenant. Therefore, a curse consumes the earth. Its people must pay the price for their sin. [[Isaiah 24:4-6 (NLT)] 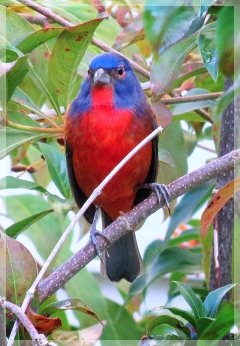 Created in 1947 by the Bulletin of the Atomic Scientists, the Doomsday Clock’s purpose is to show the world how close it is to destroying itself with technology. Midnight on the clock indicates world-wide catastrophe and the end of the world as we know it. When it was reset for 2022 last week, the good news is that it’s no closer to midnight than last year. The bad news is that we remain at doom’s doorstep with only 100 seconds until midnight!

In 1947, the clock was initially set at seven minutes before midnight. After the Soviet Union tested their first atomic bomb in 1949, it was reset to three minutes before the hour. In 1953, when I was six and in first grade, it was down to just two minutes before midnight. Along with school fire drills, we regularly had air-raid drills where we were to “duck and cover” under our desks in case of atomic attack. In 1991, with the end of the Cold War, the first Strategic Arms Reduction Treaty, and the dissolution of the Soviet Union, the clock’s hands were set back to seventeen minutes before the hour. By 1995, it had crept up to 14 minutes and, by 2002, it was at 7 minutes to midnight.

When the clock started 75 years ago, the greatest threat to humanity seemed to be from nuclear weapons but, by 2007, the Bulletin’s scientists recognized the possibility of catastrophic disruptions to life from climate change and global warming and the clock moved up 2 more minutes. Today, along with the world’s vulnerability to nuclear war and climate shifts, the Bulletin considers the perils of biological threats and disruptive technology such as cyber terrorism and the spread of false and misleading information over the internet.

Last year, our nation saw record-breaking heat waves, wildfires that destroyed nearly 7.7 million acres, and life-threatening floods. For the second year in a row (and the third time since 2005), we had to move into the Greek alphabet to name all of our hurricanes. We saw how vulnerable we are to cyber warfare in May when a cyber-attack took down the largest fuel pipeline in the U.S. A year ago, when our Capitol was attacked, we saw firsthand the results of misinformation and baseless rhetoric in the digital age. We’ve seen a decade of rising tension among the nine nations capable of atomic attack as various leaders flex their muscles and make threats. Yet, we know that a nuclear war can never be won by either side; in the end, everyone loses. We don’t need esteemed scientists and Nobel prize winners to tell us our world is in peril; one glance at the news tells us that. But, I wonder, do we realize how close we are to destroying God’s creation altogether?

The scientists behind the Bulletin of the Atomic Scientists have been warning the world for 75 years and, for the most part, their warnings have fallen on deaf ears. National Geographic compared the Bulletin’s scientists to the “Biblical bad-news prophet Hosea, preaching a warning of doom to a distracted, if not disinterested, people.” It wasn’t just Hosea who warned the people of looming destruction—so did men like Joel, Isaiah, Jeremiah, Hosea, Amos, and Zephaniah and yet their warnings were ignored. Will we do the same?

Nevertheless, as long as our own little corner of the world keeps plugging along, most of us carry on as if we don’t have a care in the world. But what of our children and our children’s children? Time is running out. Ducking under a desk wouldn’t have saved me back in 1953 and it certainly won’t help us tomorrow if the clock’s minute hand reaches the twelve. Do we really think we can escape the consequences of our cavalier attitude and irresponsible actions? God set us in His world to “tend and watch over it,” not to be part of its destruction. Even though we each have contributed to this situation, we also can be part of the solution! There still is time!

The ultimate test of a moral society is the kind of world that it leaves to its children. [Dietrich Bonhoeffer]

The day of the Lord is near, the day when destruction comes from the Almighty. How terrible that day will be! … That is why the Lord says, “Turn to me now, while there is time. Give me your hearts. Come with fasting, weeping, and mourning. Don’t tear your clothing in your grief, but tear your hearts instead.” Return to the Lord your God, for he is merciful and compassionate, slow to get angry and filled with unfailing love. He is eager to relent and not punish. Who knows? Perhaps he will give you a reprieve, sending you a blessing instead of this curse. [Joel 1:15, 2:12-14 (NLT)]