When a servant comes in from plowing or taking care of sheep, does his master say, “Come in and eat with me”? No, he says, “Prepare my meal, put on your apron, and serve me while I eat. Then you can eat later.” And does the master thank the servant for doing what he was told to do? Of course not. In the same way, when you obey me you should say, “We are unworthy servants who have simply done our duty.” [Luke 17:7-10 (NLT)] 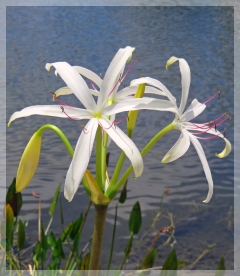 When one of his congregation suddenly stopped coming to church, a pastor friend asked him about his absence. The man angrily explained that he’d stopped attending because the pastor hadn’t suitably (and publicly) recognized his large donation to the church’s building fund. My friend assured the miffed man that, had the money been given to the pastor for his personal use, he would have thanked him profusely. But, he added, the money hadn’t been given to him; it was given to God! While the church truly appreciated it (and had acknowledged it in his contribution statement), the issue of both the donation and any recognition or thanks really was between the donor and God. A similar experience was shared by a friend who is in charge of the care ministry for her church. One of her volunteers quit because she felt the church had failed to sufficiently appreciate and publicize her service.

To avoid such complaints, perhaps, along with official greeters, we need official “thankers” in our churches. Of course, if the church had members whose official job was to thank everyone for their service, who would they get to thank the thankers? I can see the makings of a Dr. Seuss book in which the last little Thankaroo, whose job is to thank you and you, after asking who’d thank him, gets in a snit and declares he’s through! Who will thank the last Thankaroo?

It’s only human to want to feel appreciated and acknowledged but, if we’re looking for recognition and honor from people, we’re bound to become disappointed and disillusioned. Let’s remember that we don’t serve mankind; we serve God. Our service does not put Him in our debt because we are saved by grace not works.

Jesus addressed this very issue in His parable about the master and the servant. At first His words seem somewhat harsh, but He wasn’t demeaning the work of a servant; He was emphasizing the correct servant attitude. Servants of Jesus are believers who willingly live under His authority. A good servant knows it’s an honor to serve, willingly does one task after another, and doesn’t expect thanks, praise, or recognition for doing his duty. His obedience to his master is not commendable; it is expected!

We serve God out of love, not out of expectation of public recognition or reward. We certainly should not feel self-righteous about anything we’ve done in His name because all we’ve done is what is expected of us!

As God’s servants, we serve inconspicuously, willingly, and joyfully. Humbly admitting we’ve done no more than is our duty, we don’t serve to get thanks but rather to give thanks to God for the blessings of this world. Not expecting to be singled out for praise by our fellow man, we are thankful to serve. Hearing the Lord say, “Well done, you good and faithful servant!” will be far better than any other recognition given to us in the here and now!

“Watch out! Don’t do your good deeds publicly, to be admired by others, for you will lose the reward from your Father in heaven. When you give to someone in need, don’t do as the hypocrites do—blowing trumpets in the synagogues and streets to call attention to their acts of charity! I tell you the truth, they have received all the reward they will ever get. But when you give to someone in need, don’t let your left hand know what your right hand is doing. Give your gifts in private, and your Father, who sees everything, will reward you. [Matthew 6:1-4 (NLT)