And he said to him, “Please, Lord, how can I save Israel? Behold, my clan is the weakest in Manasseh, and I am the least in my father’s house.” And the Lord said to him, “But I will be with you, and you shall strike the Midianites as one man.” [Judges 6:15-16 (NLT)] 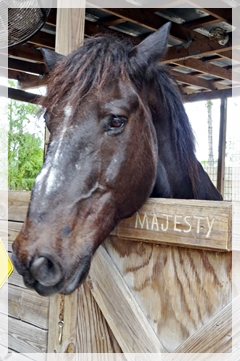 Because the Midianites were raiding and plundering Israel, we meet Gideon hiding in a large vat. Rather than threshing wheat in the open air so the wind could blow away the chaff, he was cautiously working in the bottom of a secluded wine press when an angel of the Lord delivered a message to the timid man. Addressing Gideon as a mighty warrior, the unlikely hero demurred and claimed to be the least worthy of the weakest clan in the tribe of Manasseh.

After a fair amount of hesitation and questions, the reluctant warrior eventually gathered an army of 32,000 to battle the Midianites, a force of 153,000 men. With the odds against Gideon being four to one, I imagine he was wondering where to find more men when God told him that he had too many! He was instructed to send home all those who were afraid. After 22,000 men departed, God told Gideon there still were too many men. He was to separate them by the way they drank water from a stream—whether they cupped the water with their hands and lapped it up or knelt down to drink from the stream. Only the 300 warriors who drank from their hands were allowed to remain. With an overwhelming ratio of 450 Midianites to one Israelite, Gideon’s defeat seemed inevitable. Nevertheless, while Gideon may have been fearful, he never lost faith. Gideon’s few good men crushed the Midianites. The nomadic tribe never recovered and there was peace in the land for the next forty years.

We might wonder why God chose Gideon—the least of the least—and why He didn’t provide him with as large an army as possible to ensure an Israelite victory. The odds were bad enough when Gideon started with 32,000 men but, with only 300, victory seemed impossible. But that was God’s point! When the angel of the Lord entered Gideon’s life, the Israelites had been oppressed by the Midianites for seven years because they “did evil in the Lord’s sight.” [Judges 6:1] They’d worshipped pagan gods, built an altar to Baal, and erected an Asherah pole. Gideon’s first task, prior to leading the men into battle, had been to destroy those pagan symbols. When Baal did not retaliate, it became clear how worthless the false god was. But, did the people understand how powerful the Lord was?

God chose Gideon, the youngest son of the weakest clan, and only a handful of men because their victory against absolutely impossible odds made it abundantly clear to all that the victory didn’t belong to Gideon or his soldiers; it belonged only to God! Rather than looking at this story as an example of what just a few men (or women) can do, we should look at it as an example of what God can do just with a few! He is, after all, the hero in every story!

Selfish and proud creatures that we are, we tend to blame God when things go wrong but remove Him of any responsibility for our successes. In Gideon’s story, God eliminated any possibility that the Israelites’ strength, skill, or valor had anything to do with their triumph. Victory was the Lord’s! God was the hero of Gideon’s story; let Him continue to be acknowledged as the hero of ours, as well!

The horse is made ready for the day of battle, but the victory belongs to the Lord. [Proverbs 21:31 (ESV)]