He personally carried our sins in his body on the cross so that we can be dead to sin and live for what is right. By his wounds you are healed. [1 Peter 2:24 (NLT)] 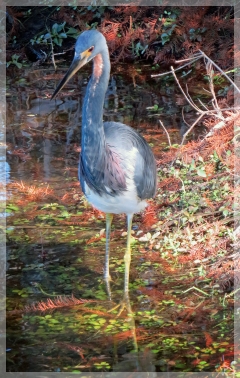 In all three accounts of Jesus healing the paralytic whose friends carried him to the Lord, Jesus forgave the man before healing him. While the combination of both forgiveness and healing demonstrated Jesus’ power over both sin and disease, His offer of forgiveness before healing might lead us to think there is a causal relationship between sin and sickness or forgiveness and physical healing.

Connecting sin with disease goes as far back as Job and their cause-and-effect/retribution theology is part of what got Job’s friends in trouble with God. Nevertheless, associating calamity and suffering with sin continued to be a common point of view in 1st century Judah. Thinking sin and misfortune related, even Jesus’ disciples asked Him whether it was the sins of the blind man or his parents that caused him to be born sightless. Jesus’ answer clarified that sin had nothing to do with the man’s blindness. Later, when Jesus heard about Pilate’s ruthless execution of some Galileans, He made it clear that the murdered men, like eighteen others who died when a wall collapsed on them, were no worse sinners than any other people. Rather than explaining the why of such tragedies, Jesus pointed out that all people are sinners—sinners who should repent so they’re ready for the eternity following their unpredictable lives.

While illness can be caused by God (as it was in the case of King Uzziah’s leprosy, Nebuchadnezzar’s madness, and Herod’s worms), we must remember that we live in a fallen world. While all suffering is due to man’s fall into sin, not all suffering is because of a specific sin on the part of that individual. While some afflictions may be the specific consequences of sin, for the most part, sickness is just part and parcel of living in this fallen world of ours—a world where all creation “groans” under the consequences of our sin.

By forgiving the paralytic before healing him, Jesus wasn’t implying his paralysis was the direct result of his sins. Rather than seeing a man with a paralyzed body, Jesus saw a man with a troubled heart whose greatest need wasn’t mobility but forgiveness! What good would the ability to walk do for a man who remained spiritually broken? The paralyzed man’s most pressing need was forgiveness and, regardless of our physical ailments, forgiveness is our most pressing need, as well. Jesus didn’t die to heal our bodies; He died to heal our souls!

So we praise God for the glorious grace he has poured out on us who belong to his dear Son. He is so rich in kindness and grace that he purchased our freedom with the blood of his Son and forgave our sins. [Ephesians 1:6-7 (NLT)]

He forgives all my sins and heals all my diseases. He redeems me from death and crowns me with love and tender mercies. [Psalm 103:2 (NLT)]