The earnest prayer of a righteous person has great power and produces wonderful results. Elijah was as human as we are, and yet when he prayed earnestly that no rain would fall, none fell for three and a half years! Then, when he prayed again, the sky sent down rain and the earth began to yield its crops. [James 5:16-18a (NLT)] 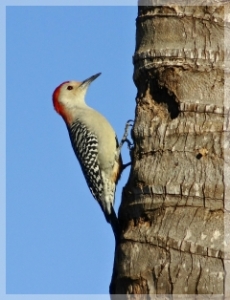 King Ahab was Israel’s most wicked king and God sent Elijah to confront him and pronounce God’s judgment upon the nation for its idolatry. Israel had been worshiping Baal, the Canaanite god who made rain and brought fertility. The prophet announced there would be no rain or dew in the kingdom until he said otherwise. A drought of this magnitude spelled famine for the land and would clearly demonstrate both the impotence of Baal and the power of Yahweh, the one true God.

After his pronouncement, the prophet hid from Ahab and, as he predicted, there was neither rain nor dew. When Elijah reappeared three years later, he challenged the 450 prophets of Baal to what could be called the ultimate smackdown between Baal and Yahweh. A crowd assembled as Baal’s prophets called on their god to rain down fire and consume their sacrifice. The pagan prophets tried all day to summon their worthless god to no avail. Then, severely handicapping himself by drenching his wood with water, Elijah prayed for fire on his sacrifice and the fire of the Lord flashed down immediately.

Announcing to Ahab that he heard a mighty rainstorm coming, the prophet climbed up Mount Carmel to pray. With no Doppler radar or AccuWeather, while Elijah prayed, his servant went to the mountain’s peak to look for storm clouds over the sea. Seeing none, he returned to Elijah with the disappointing news. Elijah, however, was positive that clouds would appear and repeatedly sent the man back to look again. Back and forth the servant went until the seventh time when he finally brought news of a small cloud on the horizon. Elijah confidently sent the man to warn Ahab that he should hurry home before the torrential rains made his return impossible. Soon the sky was heavy with storm clouds; a terrific rainstorm occurred and Israel’s drought ended.

The servant returned to Elijah six times with the discouraging news of clear skies. What if the prophet had given up in despair after the sixth fair weather report? What kept him on his knees and so sure that God would bring a storm? Perhaps it was God’s track record. God said there’d be a drought and there was. God promised Elijah he’d be fed by ravens and then by a widow with a never ending supply of food during the famine and he was. When the widow’s son died, God answered the prophet’s prayer to bring the boy back to life and, when he prayed for fire, the fire of the Lord consumed everything on the altar. Having always proved true to His word by answering the prophet’s prayers, Elijah knew God would provide the rain for which he prayed.

We probably don’t have the amazing history of God’s miraculous provision as did Elijah, but we all have memories of times when His amazing provision gave us what we so desperately needed, whether a job, money, words, healing, strength, help, patience, or guidance. When it seems as if God doesn’t hear us, when we’re tempted to give up praying, we need to remember the many times in the past that God answered our prayers. In times of drought, even when we can’t see a cloud in the sky, we must never give up. God will not fail; His promised blessings will rain down in His good time.

And I said, “This is my fate; the Most High has turned his hand against me.” But then I recall all you have done, O Lord; I remember your wonderful deeds of long ago. They are constantly in my thoughts. I cannot stop thinking about your mighty works. [Psalm 77:10-12 (NLT)]