Put on your new nature, and be renewed as you learn to know your Creator and become like him. In this new life, it doesn’t matter if you are a Jew or a Gentile, circumcised or uncircumcised, barbaric, uncivilized, slave, or free. Christ is all that matters, and he lives in all of us. [Colossians 3:11 (NLT)] 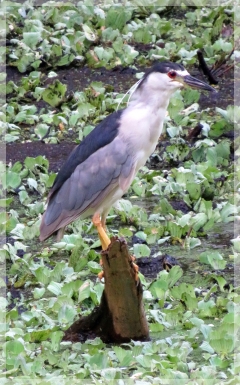 Jerusalem and Samaria may only have been about 40 miles apart but centuries of hostility separated them. Both politics and religion alienated the Jews from the Samaritans—much as they did Catholics from Protestants in Northern Ireland during the violence plagued decades of The Troubles. Because of the enmity between the people, even though the shortest path from Judea to Galilee was through Samaria, most Jews detoured east to avoid Samaria entirely. John 4:4, however, tells us that Jesus “had to” pass through Samaria. The word used was edei meaning “it was necessary.” Why?

We certainly know Jesus didn’t take that shortcut through Samaria because He was in a hurry. After meeting the woman at Jacob’s well, He lingered there for two more days. It would seem that route was necessary because Jesus and the disciples had a divine appointment in the Samaritan village of Sychar. The appointment wasn’t just with the woman but also with the townspeople who would hear His message and come to believe.

While Jesus rested at the well, the disciples went into town to buy food. Because the gospels aren’t in chronological order, we don’t know if this happened before or after another Samaritan village had spurned the disciples and James and John had suggested raining fire upon it. [Luke 9:53] This time, however, the Samaritans welcomed them. After the disciples successfully obtained food, the village begged Jesus and His men to stay. That divine appointment clearly prepared the disciples for the command Jesus later gave at His ascension: “You will be my witnesses, telling people about me everywhere—in Jerusalem, throughout Judea, in Samaria and to the ends of the earth.” [Acts 1:8] Did that divine appointment also include a valuable lesson about not judging an entire people by the bad actions of a few?

Whether it’s because of politics, history, language, race, religion, ethnicity, past grievances, or simply because we don’t know them, we tend to dislike people who are different from us. Thinking in terms of “them” and “us” we define others by our differences. Perhaps it’s time to start with our similarities: we all are children of God! We’re told to love our enemies but how can we do that if we don’t know them?  Animosity begins someplace but, then again, so does relationship. Maybe we’ll find “they” aren’t our enemies at all!

The best way to destroy an enemy is to turn him into a friend. [F.F. Bruce]

But to you who are willing to listen, I say, love your enemies! Do good to those who hate you. Bless those who curse you. Pray for those who hurt you. If someone slaps you on one cheek, offer the other cheek also. If someone demands your coat, offer your shirt also. Give to anyone who asks; and when things are taken away from you, don’t try to get them back. Do to others as you would like them to do to you. [Luke 6:27-31 (NLT)]