I am the Alpha and the Omega, the First and the Last, the Beginning and the End. [Revelation 22:13 (NLT)] 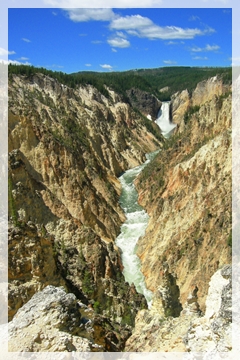 Having forgotten the Greek alphabet he learned as a fraternity pledge, my husband asked the meaning of the symbols on the lecterns in the church sanctuary. On the left was A for alpha and, on the right, was Ω for omega: the first and last letters of the Greek alphabet. In Hebrew, those letters would have been aleph and tau. Among Jewish rabbis, using the first and last letters of the alphabet was a common way to express the whole of something, from its beginning to its end. Today’s equivalent expression would be “from A to Z” or “from soup to nuts.” Those Greek letters refer to three verses in Revelation in which Jesus claims to be the Alpha and Omega. They tell us that that, as part of our Triune God, Jesus was there at the beginning and He will be there at the end.

As for alpha: only God could exist before time even existed! Although Genesis starts with, “In the beginning,” God was already there! Since time, space, and matter are co-relative and God created space and matter, we know it was God who also created time. God never had a beginning because He is the beginning! He didn’t emerge from something; everything emerged from Him!

One of the basic laws of science is that neither mass nor energy can be created. Simply put, it can only be converted or broken apart and put together in a new way. Strictly speaking, mankind can’t create; we can only synthesize or transform by taking existing materials to make something new. We can’t create ice or steam but we can convert water into those things by freezing or boiling it. We can take that water (H2O) and combine it with carbon dioxide (CO2) and end up with carbonic acid (H2CO3) but we couldn’t create carbonic acid without the building blocks of hydrogen, carbon and oxygen. God, however, started from scratch; with no time, space or matter before Him, he created mass and energy. Making something from nothing boggles the mind but it’s the only answer that makes any sense—even to scientists!

Astronomy leads us to a unique event, a universe which was created out of nothing, and delicately balanced to provide exactly the conditions required to support life. In the absence of an absurdly improbable accident, the observations of modern science seem to suggest an underlying, one might say, supernatural plan. … The best data we have are exactly what I would have predicted, had I had nothing to go on but the five books of Moses, the Psalms, the Bible as a whole. [Arno Penzias]

Arno Penzias was the winner of the 1978 Nobel Prize in Physics. He and Robert Wilson discovered cosmic microwave background radiation. Their discovery supported the Big Bang theory of the creation of the Universe and showed that the Big Bang was not a chaotic random explosion. A highly fine-tuned explosion, it appears that some being guided it along.

The Apostle Paul said, “By faith we understand that the entire universe was formed at God’s command.” [Hebrews 11:3] I don’t think we need faith to know that anymore; it appears that science tells us the same thing. The writers of the Bible, however, didn’t know the theory of relativity, didn’t have telescopes telling them the universe is expanding, and had never heard of the Big Bang, thermodynamics, radiation afterglow, or variations in the temperature of the “great galaxy seeds” – they just knew the truth. Our great God is the Alpha!

I alone am God, the First and the Last. It was my hand that laid the foundations of the earth, my right hand that spread out the heavens above. When I call out the stars, they all appear in order. [Isaiah 48:12-13 (NLT)]

All glory to him who alone is God, our Savior through Jesus Christ our Lord. All glory, majesty, power, and authority are his before all time, and in the present, and beyond all time! Amen. [Jude 25 (NLT)]