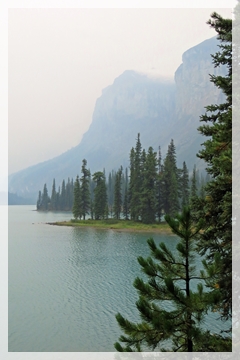 Richard Williams was watching TV when he saw a tennis player awarded a $40,000 check for winning a tournament. He decided then that his as yet unborn children would become tennis stars. Williams wrote a 78-page plan detailing their future, taught himself how to play tennis and, when his girls were four, started teaching them to play the game. Before they were even born, he’d planned the future for tennis greats Serena and Venus Williams.

Hannah did much the same thing for her child Samuel. Heartbroken at her inability to get pregnant, she promised God that, if He gave her a son, she would give him back to God as a Nazirite. Although the Nazirite vow was to be voluntary and temporary, Hannah committed her as yet unconceived child to a lifetime of separating himself from the world, dedicating himself to the Lord, and never cutting his hair, consuming wine (or any grape product), or getting near a dead body. After giving birth to Samuel, she fulfilled her vow; once he was weaned, she brought him to Shiloh and left him in the care of Eli the priest.

Can you imagine the youngster’s tears as he watched his parents leave? Every year, when his family returned to Shiloh for worship and sacrifice, Hannah brought a new coat for the boy and, every year, Samuel remained in Shiloh while his family went back home with the five siblings that arrived after his birth. Instead of playing whatever little boys played in 1100 BC, Samuel remained as an apprentice to an old priest in the temple. Can you imagine his loneliness and grief? Nevertheless, this is the life Hannah decided he should have.

Perhaps, however, it wasn’t Hannah but rather God who wrote the plan for Samuel. Hannah had no children because “the Lord had closed her womb.” Could He have been waiting to open her womb until she became desperate enough to make such an amazing sacrificial vow?

The priest Eli had two grown sons, Hophni and Phinehas. In spite of being priests, they were wicked worthless men who cheated, seduced women, stole from the people, and were unworthy to carry on Eli’s priestly duties. Could God have arranged circumstances so that someone worthy of the task could grow in godliness while apprenticing to Eli? When Eli and his sons died, it was Samuel who became the priest, prayer warrior, first of the prophets, and last (and most effective) of Israel’s judges. It was Samuel who anointed both Saul and David. It was Samuel, the child given to God before his conception, who was listed by Paul in the Hall of Faith.

At first glance, Hannah seemed a bit like Richard Williams (and a host of stage moms and sport dads) who decide their children’s dreams for them. Looking closer, we see that God mapped out a scenario even more elaborate than Richard William’s 78-page plan. I’m sure it didn’t make much sense to Hannah when she made the vow that took her son from his family and it certainly didn’t make sense to the young Samuel when he watched them wave farewell. In retrospect, however, it makes all the sense in God’s world; He has a way of making sense of it all!

And Samuel grew, and the Lord was with him and let none of his words fall to the ground. And all Israel from Dan to Beersheba knew that Samuel was established as a prophet of the Lord. [1 Samuel 3:19-20 (ESV)]