It was by faith that Abraham offered Isaac as a sacrifice when God was testing him. Abraham, who had received God’s promises, was ready to sacrifice his only son, Isaac, even though God had told him, “Isaac is the son through whom your descendants will be counted.” Abraham reasoned that if Isaac died, God was able to bring him back to life again. And in a sense, Abraham did receive his son back from the dead. [Hebrews 11:17-19 (NLT)] 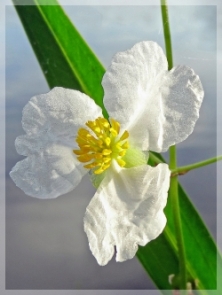 Since Sunday school days, we’ve read the story of Isaac and Abraham and we know it has a happy ending. Abraham, however, hadn’t read the end of the chapter when he set out for Mt. Moriah. During the fifty-mile journey, the father had three days during which he must have agonized over God’s command to sacrifice his beloved son Isaac. Did Abraham ask God, “Why?” Why would God finally provide the promised child and then take the blessing away? Did he ask God, “How?” How, with his son dead, was he going to have those countless descendants God promised? Did he ask God, “What next?” What would he tell Sarah if he returned home without their dear boy? True faith isn’t blind—it knows exactly what can happen but steps forward anyway and Abraham had seventy-two hours to agonize over the possible consequences of his actions. In his distress, he may even have been tempted to turn back home again.

Shadrach, Meshach, and Abednego knew what happens to flesh in a fiery furnace, Daniel knew what hungry lions do to fresh meat, and, after the deaths of Stephen and James, the rest of the apostles knew what happened to Christians when they dared to share the gospel message. None knew whether they’d die or miraculously escape their fates and yet all boldly acted in faith. If we’ve peeked ahead and know the story ends well, we’re simply being obedient and cooperative. It’s faith when we know full well what could happen but not what actually will. Faith trusts God’s promises. It knows that stepping out in obedience to Him means the story will end, not as we would write it, but as God wants it written.

Scripture tells us Abraham thought God might bring Isaac back to life again but God made no such promise and this was centuries before another resurrection would occur. Abraham may not have known the outcome but the father knew his God so he faithfully obeyed. Him. With confidence, he told his servants that both father and son would return after worshipping on the hill and, when Isaac asked why they had no lamb for their offering, Abraham assured him that God would provide. Still, Abraham had no way of knowing if his words would prove true. As Abraham and Isaac built an altar and piled wood on it, there must have been tears in the father’s eyes. How anxious he must have been as he tied up his son and laid him on the altar and what anguish he must have felt as he picked up his knife and brought it to Isaac’s neck. Nevertheless, Abraham continued in faith and demonstrated that he loved God more than his own flesh and blood.

Faith takes steps knowing that a loving God has given the command and trusting that whatever the result, it is God’s plan. I’ve never been asked to exercise the kind of faith shown by Abraham and the rest of the Bible’s heroes and I pray I never have to do so. I wonder how my faith would stand up at the door of a fiery furnace, the mouth of a lion’s den, in front of a soldier’s sword, facing an angry mob of unbelievers, or if told to sacrifice one of my children. Would I trust God with the outcome or would my faith crumble? Father, forgive me, but I just don’t know.

I pray that God, the source of hope, will fill you completely with joy and peace because you trust in him. Then you will overflow with confident hope through the power of the Holy Spirit. [Romans 15:13 (NLT)]