WHAT HAPPENED TO THEM?

He said to them, “The Son of Man is going to be betrayed into the hands of his enemies. He will be killed, but three days later he will rise from the dead.” They didn’t understand what he was saying, however, and they were afraid to ask him what he meant. [Mark 9:31-32 (NLT)] 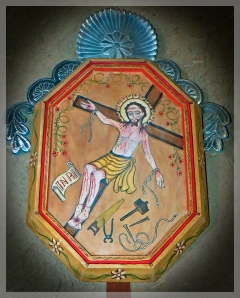 Although crucifixion probably began with the Assyrians and Babylonians, the first historical record is of Persia’s King Darius I crucifying 3,000 political opponents in 519 BC. Alexander the Great adopted the practice when he crucified 2,000 survivors of the siege of Tyre in 332 BC. In 88 BC, the Hasmonean king of Judea, Alexander Jannaeus, crucified 800 Jewish rebels after killing the rebels’ wives and children in front of them. Following a massive slave revolt against Rome in 71 BC, 6,000 rebels were crucified along the Appian Way. The crosses stretched for miles and the bodies were left there as a clear message that any rebellion would end in a violent death. After the death of Herod the Great in 4 B.C., a failed rebellion in Judea led to the crucifixion of 2,000 rebellious Jews.

While the Romans didn’t invent crucifixion, they had perfected it by the time of Jesus and the torture began long before the cross. The condemned were stripped naked, tied to a post, and flogged across the back, legs, and buttocks by Roman soldiers using whips called flagrums consisting of small pieces of bone and metal attached to a number of leather strands. The scourging left the victims’ skin ripped to the bone. If they survived the scourging, they were taunted and forced to carry the crossbar of their death instrument to the place of execution. According to Josephus, sometimes Roman soldiers further tortured the condemned by blinding them or cutting off a body part (like the tongue). Arms were nailed or strapped to the cross beam and feet to the upright. Once upright, a massive strain was put on the wrists, arms and shoulders often resulting in dislocated shoulder and elbow joints. The rib cage was constrained in a fixed position making it extremely difficult to exhale and impossible to take a full breath. While death came from suffocation, loss of body fluids, and multiple organ failure, it did not come quickly.

According to Josephus, crucifixion in Palestine was a common sight so Jesus’ disciples knew all too well what carrying a cross meant. They heard stories of Roman cruelty, saw the bloodied and battered condemned carrying their crosses, and passed by the dead bodies left decaying on crosses as a warning to those who dared challenge Rome. But, for all of their lives, these same men had been waiting for the promised Messiah to come and deliver them from Roman oppression.

Perhaps, when Jesus spoke of the cross, they thought He was referring to the many Jewish rebels who had carried their crosses for defying Rome. But, unlike those times, this time they had Jesus—the promised Messiah who finally would bring victory to the Jewish nation. Even though they believed Jesus was the Messiah, they didn’t fully understand what that meant. They thought He came to defeat Rome, rather than death, and to save a nation, not the world. Even after Jesus spoke of His death on the way to Jerusalem, we have James and John ignoring that prediction and asking Jesus for positions in His kingdom. They still pictured a political victory!

The disciples abandoned Him at His arrest and, in spite of His repeated warnings, were not prepared for His death. Surely, the man who raised Lazarus from the dead wasn’t going to die a criminal’s death, but He did and there was no doubt that He was dead. When the Sabbath was over, two disappointed followers returned to Emmaus, the women went to the tomb to anoint a dead body, and the frightened disciples were gathered in a locked room. They weren’t proclaiming Jesus that morning and didn’t even believe the women when told the tomb was empty. They were a defeated, disappointed, and frightened group of men.

So, what happened to change this group of disheartened disciples? What turned them into enthusiastic evangelists? What turned them into men who willingly followed Jesus to their own equally horrific deaths? It was seeing the risen Christ! May we always remember the truth of this message: Christ has died, Christ is risen, Christ will come again!

God raised Jesus from the dead, and we are all witnesses of this. Now he is exalted to the place of highest honor in heaven, at God’s right hand. And the Father, as he had promised, gave him the Holy Spirit to pour out upon us, just as you see and hear today. [Acts 2:32-33 (NLT)]