Will any one of you who has a servant plowing or keeping sheep say to him when he has come in from the field, “Come at once and recline at table”? Will he not rather say to him, “Prepare supper for me, and dress properly, and serve me while I eat and drink, and afterward you will eat and drink”? Does he thank the servant because he did what was commanded? So you also, when you have done all that you were commanded, say, “We are unworthy servants; we have only done what was our duty.” [Luke 17:7-10 (ESV)] 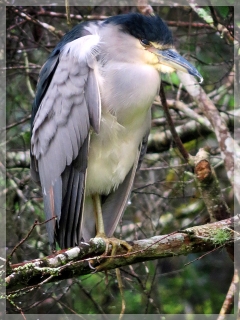 When she lived in Florida, my mother-in-law hired a woman to do the cleaning. In spite of representing herself as a “cleaning service,” this woman had a long list of “won’ts”—won’t do windows, mirrors, get on step ladders, move furniture, or bend over to wipe the baseboards, etc. Nevertheless, she always had a long list of complaints and financial needs that she was more than willing to share.

I wonder if that’s how we are in our relationship with God. Instead of being a willing servant who snaps to attention when his master calls and does what is asked, we have a list of “won’ts”—won’t obey, give, forgive, love, go where Gods sends us, or inconvenience ourselves. Nevertheless, in spite of our unwillingness to do for Him, we always have a long list of things we want from Him or complaints about the blessings we’ve already received.

Thinking we have a master probably makes us uncomfortable; we don’t want to think we’re subservient to anything or anyone. Instead of a master/servant relationship with our Lord, we’d prefer having a giver/receiver relationship with Him. Rather than serving Him, we’d prefer Him serving us and, as our generous benefactor, He continually would bestow gifts and blessings on us. When we think of God as our father, we’d prefer an indulgent father who’s long on generosity and short on discipline rather than one who expects obedience from His children. We’re happy to think of God as a protector shielding us from harm, a heavenly bail bondsman bailing us out of problems, or a pleasant and undemanding friend, but not so thrilled about having a master. While we’d prefer God being a trusted advisor whose advice we would follow if we liked it, He’s more of a dictator (albeit a benevolent one) whose word is law and whose plan is to be followed (like it or not)!

Make no mistake about it—God is more than a provider, parent, defender, rescuer, comrade, or counselor. God is our master and we are His servants. Rather than serving God with a list of “won’ts,” let us approach our master with the willing, eager, and obedient heart of a servant. Unlike that house cleaner, rather than serving for a reward of some kind (and complaining all the while), good servants whole-heartedly and joyfully serve God because they know, love, and trust Him. The central theme of Scripture is servanthood; may we always serve as did Jesus—the greatest servant of all.

Do nothing from selfish ambition or conceit, but in humility count others more significant than yourselves. Let each of you look not only to his own interests, but also to the interests of others. Have this mind among yourselves, which is yours in Christ Jesus, who, though he was in the form of God, did not count equality with God a thing to be grasped, but emptied himself, by taking the form of a servant, being born in the likeness of men. And being found in human form, he humbled himself by becoming obedient to the point of death, even death on a cross. [Philippians 2:3-8 (ESV)]