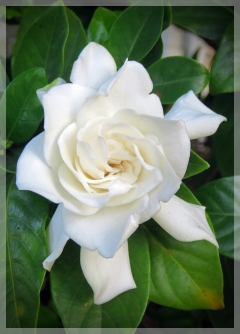 When reading the Bible in canonical order (the order the books are placed in the Bible), the two books of Chronicles seem to be a repeat of the books of Samuel and Kings. When reading the Bible in historical order, with the text arranged in the order in which the events occurred, it becomes evident that their authors didn’t relate identical events the same way. After finishing the last chapter of 2 Chronicles (in which Cyrus allowed the Judeans to go home) in my chronological Bible, I went on to portions of Ezra, Haggai, Zechariah, and Daniel. Following Daniel 6, however, I found myself at 1 Chronicles, chapters 1 through 9 consisting of nine chapters of Israelite genealogy beginning with Adam and continuing on with at least 900 more names. Wondering at its placement and the differences between Kings and Chronicles, I did a little digging.

The books of Kings and Chronicles were written at different times, for different audiences, and for different reasons. Because Kings ends with the release Judah’s King Johoiachin from prison during the reign of Babylon’s Evil-Merodach (562-560 BC), scholars think it was written during the early years of the exile and completed around 560 BC. Chronicles, however, ends more than thirty years later at the conclusion of Judah’s exile. Because several generations of Zerubbabel’s descendants are in its genealogy, scholars think it was written around 450 to 430 BC and possibly as late as 400 BC. Kings seems to have been written for Judah’s exiles in captivity while Chronicles was written for the exiles who returned to their homeland—many of whom, like Zerubbabel, were born in captivity.

Kings presents a distinctly negative view of both the northern and southern kingdoms’ kings. All nineteen of Israel’s kings and twelve of Judah’s twenty kings are portrayed as bad. Moreover, any faults of Judah’s eight good kings (such as their failure to destroy the pagan shrines and David’s adultery with Bathsheba) are mentioned. Written for the exiles, King records the failures of both kingdoms’ earthly kings, their blatant disregard for the law, their rejection of God’s prophets, and their idolatry. Its negative narrative clearly explains why the Jews ended up in captivity with their homeland in ruins. It provided an answer to the exiles’ question of, “How did we get here?”

As for those nine chapters of genealogy in the Chronicles—they answered the returning exiles’ question of, “How is this history relevant to me?” It connected the people, most of whom had never lived in Judah or worshipped at the Temple, with God’s divine plan—a plan that began with Adam and continued through His covenant promises made to Abraham, Isaac, Jacob, and David.

Since the returning exiles’ families originally came from Judah, the Chronicler concentrated on the southern kingdom and mentioned the northern one only if relevant to Judah’s story. While he didn’t exactly rewrite history, the Chronicler accentuated the positive and eliminated some of the negative by not mentioning things like the seven years of warfare between Saul’s death and David becoming king of “all Israel” or Absalom’s rebellion. Its genealogy and more positive take on Judah’s history provided this new generation with a more optimistic and hopeful outlook as they rebuilt their nation and looked forward to the coming Messiah.

The scepter will not depart from Judah, nor the ruler’s staff from his descendants, until the coming of the one to whom it belongs, the one whom all nations will honor. [Genesis 49:10 (NLT]