The fastest runner doesn’t always win the race, and the strongest warrior doesn’t always win the battle. The wise sometimes go hungry, and the skillful are not necessarily wealthy. And those who are educated don’t always lead successful lives. It is all decided by chance, by being in the right place at the right time. People can never predict when hard times might come. Like fish in a net or birds in a trap, people are caught by sudden tragedy. [Ecclesiastes 9:11-12 (NLT)] 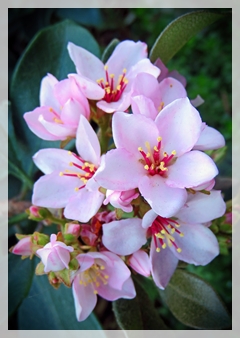 With the back-to-back hurricanes that tore through Louisiana, two others that devastated Nicaragua and Honduras, and the consecutive typhoons that flooded the Philippines, a great many people must be asking, “Why us, Lord?” In spite of the meteorological explanations for the paths taken by those storms, there is something discomforting about the seeming randomness of such destruction. I can’t help but wonder, “Why them and not us?” In a universe of retribution and reward, we’d have a sense of being able to control our destiny; only bad things would happen to bad people and only good things to the good ones. If we did all the right things, life would go smoothly and, if we didn’t, we’d just be getting what we deserved! That, however, is not the way of the world and back-to-back hurricanes along with cancer, ALS, hit-and-run-drivers, stray bullets, and tornadoes hit both the deserving and undeserving.

If any man deserved blessings, it was Job. Described by God as blameless, he was a man of integrity who feared God and stayed away from evil. Even so, this righteous man gets hit with his own back-to-back hurricanes: he becomes penniless and loses children, livestock, servants, health, and social standing. When tragedy hits, Job’s friends come to comfort and console him and, for seven days, they sit silently with their suffering friend. During their week of mourning, Job wonders, ”Why me?” while his friends wonder, “Why him?”

Operating on the assumption that suffering, disaster, and adversity are always the result of serious sin, Job’s friend Eliphaz speaks of a world that operates on the law of cause and effect: a universe where those who plant trouble get more of the same. By claiming that the innocent don’t suffer, he implies his good friend is not an innocent man. After suggesting that Job’s affliction is God’s discipline, he tells him to acknowledge his sins and be delivered from his misery. Although Job claims innocence, Bildad echoes the words of Eliphaz. He even accuses Job’s children of sin and says their punishment was well deserved. Zophar joins his friends in confronting and accusing Job of some horrible sin to cause such severe punishment from God. Although Elihu rightly points out that suffering can be a tool of healing in God’s hands, like his friends, he is convinced that it is Job’s transgressions that caused his trouble.

A prominent man, Job was one of the city fathers who sat at the gate and settled disputes. Well respected by all, people listened intently when he spoke. The man assisted the blind and lame, stood up against the wicked, and was generous to the poor, widows and orphans. The men accusing Job were all long-time friends of his. They’d observed his behavior, respected his opinions, and enjoyed his hospitality, and yet they were sure he was guilty of sins deserving of such horrific punishment! I might have reacted as did they. It was more comforting for his friends to think that Job deserved his misery than to think he didn’t; a blameless Job meant that the same horrific things could happen to them! When Job eventually repents, it’s not of any sin that caused his suffering; he repents of falsely accusing God of injustice.

Faith, worship and works do not ensure our well-being or buy us a reward any more than sin guarantees earthly punishment or suffering. Just like back-to-back hurricanes, disaster can strike both the innocent and guilty! The evil can prosper and the righteous suffer. The book of Job never explains the why of his suffering, but it does tell us that our sovereign God is not cruel, capricious, or erratic. Nothing happens that hasn’t passed through God’s hands first and, while it makes sense to Him, it frequently seems incredibly random, unfair, undeserved, and arbitrary to us. Victim or onlooker, we must do as Job did: trust God in both the blessings and tragedies of life.

In this troubling time of disease, death, disaster, dissension, and destruction, let us continue to trust our loving and good God regardless of the storms assaulting us now. Job’s story ends with the restoration of all that he lost. Our story will end in restoration, as well; if not in this world, then in the life to come.