When Bartimaeus heard that Jesus of Nazareth was nearby, he began to shout, “Jesus, Son of David, have mercy on me!” [Mark 10:47 (NLT)] 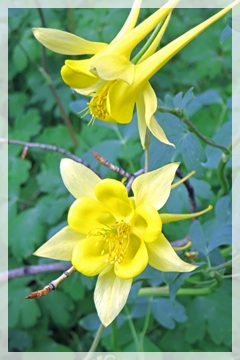 Jesus and his followers were among the crowd of pilgrims passing through Jericho on their way to Jerusalem to celebrate Passover and the city was teeming with people. Picture the scene as pilgrims, donkeys, carts, and even sheep slated for sacrifice moved along the road. With people talking, animals bleating and braying, children running back and forth, and beggars calling out for alms, it was difficult for those following Jesus to hear Him speak.

Sitting by the road, in the midst of this confusion, was the blind beggar Bartimaeus. When he heard that Jesus was in the crowd, Bartimaeus stopped begging for alms and pled for mercy, crying out, “Son of David! Jesus! Take pity on me!” When people tried to quiet him, the beggar just shouted louder. Over the din of the crowd, this man’s desperate cry was enough to make Jesus stop. Of course, Jesus made it a practice to stop for the lost, outcast, and hurting. Just as He halted for the bleeding woman desperate for his healing touch and the tax man desperate enough to climb a tree, Jesus stopped for Bartimaeus and called the beggar to Him.

Throwing his cloak aside, the blind man stumbled his way through the crowd to find Jesus. When Jesus inquired what he wanted, Bartimaeus immediately asked for his sight. It was restored instantly and Mark’s gospel tells us the once blind beggar followed Jesus down the road toward Jerusalem.

One thousand years earlier, God had promised David that one of his descendants would be the Messiah: the one who would reign forever as the head of God’s kingdom. By Jesus’ day, the term “Son of David” was a title for the Messiah. Other Messianic prophecies promised that the Messiah would heal the sick, bring hearing to the deaf, make the lame walk, and give sight to the blind. Bartimaeus may have been blind but he recognized Jesus as the Messiah when he called Him “Son of David” and without hesitation asked for his sight. Acknowledging the man’s blind faith, Jesus said, “Your faith has saved you.” Indeed, had he not called out in faith, he would have remained a blind beggar until his dying day.

The blind man who received sight contrasts with the sighted religious leaders Jesus would soon meet in Jerusalem and call “blind guides” and “blind fools.” It’s ironic that a blind beggar, sitting in the dirt by the road, understood the prophecies and recognized the Messiah when the sighted couldn’t even see who was right in front of them!

The scroll of Isaiah the prophet was handed to him [Jesus]. He unrolled the scroll and found the place where this was written: “The Spirit of the Lord is upon me, for he has anointed me to bring Good News to the poor. He has sent me to proclaim that captives will be released, that the blind will see, that the oppressed will be set free, and that the time of the Lord’s favor has come.” He rolled up the scroll, handed it back to the attendant, and sat down. All eyes in the synagogue looked at him intently. Then he began to speak to them. “The Scripture you’ve just heard has been fulfilled this very day!” [Luke 4:17-21 (NLT)]