“Yes, I know,” Boaz replied. “But I also know about everything you have done for your mother-in-law since the death of your husband. I have heard how you left your father and mother and your own land to live here among complete strangers. May the Lord, the God of Israel, under whose wings you have come to take refuge, reward you fully for what you have done.” [Ruth 2:11-12 (NLT)] 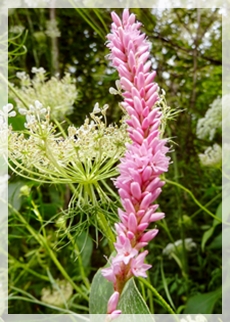 Now in my seventh decade, I view the Bible story of Ruth from an entirely different perspective than when I was younger. While I used to connect with the youthful woman, Ruth, I now relate to the older one (and mother-in-law), Naomi. In a time of famine, Naomi and her husband Elimelech moved from Judah to Moab with their two sons. Even though Jewish law forbade it, their sons married local girls: Orpah and Ruth. Unfortunately, all three men died, leaving Naomi, Orpah, and Ruth widows. In those days, there was little worse than being a widow; widows were ignored, usually poverty stricken, and often victimized. Since a widow’s closest relative was supposed to take care of her, Naomi decided to return to her relatives in Judah. Orpah and Ruth set out to go with her, but Naomi stopped and advised them to go back to their families in Moab, telling the young women that she had nothing for them. Orpah, perhaps wisely, chose to return home. Ruth, however, chose to stay and said those words we often hear repeated in wedding ceremonies: “Don’t ask me to leave you and turn back. Wherever you go, I will go; wherever you live, I will live. Your people will be my people, and your God will be my God. Wherever you die, I will die, and there I will be buried.” [Ruth 1:16-17 (NLT)]

What an amazing declaration of love! It’s one you might expect from a wife to a husband but not from a son’s wife to her mother-in-law. What was it about Naomi that could inspire such words from her daughter-in-law? What kind of woman earns that much love and loyalty? What kind of woman arouses such devotion that her daughter-in-law willingly leaves the safety of her homeland to share a poverty-stricken existence with her? She’s certainly not the kind about whom bad mother-in-law jokes are written.

Naomi must have been cool and calm, loving and gracious. Perhaps she kept the Biblical equivalent of duct tape handy to place over her mouth when necessary. I’m sure she never interfered or told her sons’ wives how to manage their households. In spite of the fact they weren’t Jewish, Naomi must have accepted, loved and respected her daughters-in-law as if they were her very own daughters. Finally, she must have had a deep faith in God that was evident in the way she lived. Otherwise, why would Ruth chose to follow Naomi’s one God rather than the pagan gods of Moab?

My fervent prayer is that I can be a Ruth to my mother-in-law, a women deserving of such love and devotion. Moreover, I pray that I can be a Naomi to my daughters-in-law. Heavenly Father, show me how to be a woman filled with kindness and wisdom, love and faith. May I be the sort of woman who can inspire these loving words: “Your people will be my people, and your God will be my God.”

She is clothed with strength and dignity, and she laughs without fear of the future. When she speaks, her words are wise, and she gives instructions with kindness. … Charm is deceptive, and beauty does not last; but a woman who fears the Lord will be greatly praised. [Proverbs 31:25-26,30 (NLT)]