A MATTER OF CHOICE

Mary responded, “I am the Lord’s servant. May everything you have said about me come true.” And then the angel left her. [Luke 1:38 (NLT)] 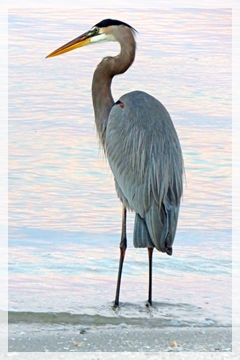 Yesterday, when writing about the angel’s visit to Mary, I came upon some articles by women who take offense at the story of Jesus’s conception. Interpreting Mary’s response as involuntary, they picture the Annunciation of our Lord as some weird sort of a supernatural rape. This is inconsistent both with Scripture and God as we know Him. The angel didn’t say, “Surprise, you’re pregnant!” and leave. Read the words as reported by Luke; Gabriel told Mary what would happen, not what had already occurred. It was only after Mary asked how the angel’s words would be fulfilled and she accepted God’s invitation to motherhood that the angel departed.

The God we know from Scripture is one of choice: it was He who gave us free will. Although God pursues, seeks and invites us, it remains our choice to accept or reject Him. Jesus called the people to follow Him but not everyone who heard His invitation did. When the people of the Gerasenes asked Jesus to leave, that’s exactly what He did. When Jesus told the parables about banquets to which the invited guests refused to come, the host accepted their refusals and simply invited others to the feast. God gave us free will and He will not violate this gift. No one, not even the virgin Mary, is ever forced to partake of God’s grace.

Although some would have us think that Mary was powerless in Gabriel’s presence, she was the one with the power. It was Mary who would decide whether or not to accept God’s call. Writer Mark Ballenger refers to God as a “sovereign gentleman,” and, like a true gentleman, He waited for Mary’s verbal consent before the Holy Spirit came upon her!

When feminists object to Mary saying she was the Lord’s servant, they are confusing being servile (mindlessly doing what is ordered) with consciously choosing to serve. There is nothing demeaning or weak about being a servant. Jesus was God and yet he called himself a servant and laid aside his majesty to selflessly serve mankind and die on the cross.

Mary was far more than an incubator for God. We honor her not because she had the womb in which Jesus grew; we honor her because she freely chose to be a faithful and obedient servant to God. God could not have carried out His plan of salvation without Mary’s consent and cooperation. Let us remember that God cannot continue to carry out the plans for His Kingdom without ours. Like Mary, we are called to be God’s servants. Whether or not we accept His invitation, is entirely up to us.