AGE IS ONLY A NUMBER 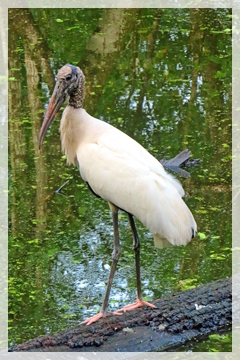 While I enjoy being told I look good, I don’t welcome hearing “for your age!” when it’s added to the sentence. If I’m honest, however, I must admit it’s true. I might look good for someone in her seventies but, next to a thirty-year-old, I don’t stand a chance! Nevertheless, it’s little things like that or being called “Hon” or “Sweetie” by a waitperson or nurse less than half my age that remind me of the subtle ageism in today’s society.

When I first learned about Daniel in the lion’s den, my Sunday school teacher used a flannel board to tell the story and flannel Daniel had a full head of brown hair. The coloring page that accompanied Daniel’s story when my children attended Sunday school was of a strapping muscular youth. Even the illustrated Bible I gave my grand showed a powerfully built young man sitting amidst the lions. All of these portrayals were wrong! Because Nebuchadnezzar took only the strongest, healthiest and best looking young men for palace training, we know Daniel was a handsome youth. But, by the time he was thrown into the lions’ den, he had served as a Babylonian officer for seventy years and was well into his eighties. As healthful as his vegetarian diet was, I’m sure Daniel looked good—good, that is, for a man his age! Nevertheless, he was an old man and probably had white hair, wrinkles, and a touch of arthritis. But, as soon as this old man knew a law prohibiting prayer to anyone other than the king had been signed, he went home, opened the windows, knelt down and prayed to God. Knowing he faced mutilation by lions because of his prayers, Daniel was not deterred. Perhaps, he remembered the bravery of Shadrach, Meshach, and Abednego and, like them, knew that God could save him. But, like his friends, he also knew there was no guarantee God would save him. Daniel’s faith was rewarded and, like the furnace threesome, he was saved by an angel.

Daniel was an old man. Then again, so was Abraham; he was 75 when God called him to leave his home, 86 when Ishmael was born, 99 when circumcised, and 100 when Isaac was born. Moses was 80 and Aaron 83 when they led the Israelites out of Egypt. Joshua was between 68 and 80 when he led them into the Promised Land and Caleb was 85 when he drove the Anakites from Hebron. Jeremiah ministered under five kings and was still prophesying until he was killed in his 70s. The Apostle John was in his 70s when he wrote his Gospel and in his late 80s when he wrote Revelation. Sarah was 90 when pregnant with Isaac and the prophet Anna was over 100 when she recognized Jesus as the Messiah. Although we certainly find ageism in today’s world, there is no such thing as ageism or retirement in God’s Kingdom. The men who conspired against Daniel shouldn’t have underestimated the power of an old man who trusts in God; they were the ones eaten by the lions that day!

While ageism probably won’t put us in a lions’ den, we must never make the mistake of misjudging, underestimating or undervaluing the seniors in our midst. On the other hand, those of us in our golden but somewhat rusty years must stop discounting our value, as well. That we’re facing some limitations or challenges due to age simply means it’s time to reevaluate, not to stop! As seniors, we provide strength, stability, and wisdom to our younger brothers and sisters. No matter how old we are, we can always share God’s love and our prayers. God wasn’t finished with Daniel and He’s not finished with us!

Here is the test to find whether your mission on earth is finished: If you’re alive, it isn’t. [Richard Bach]

Now that I am old and gray, do not abandon me, O God. Let me proclaim your power to this new generation, your mighty miracles to all who come after me. [Psalm 71:18 (NLT)]